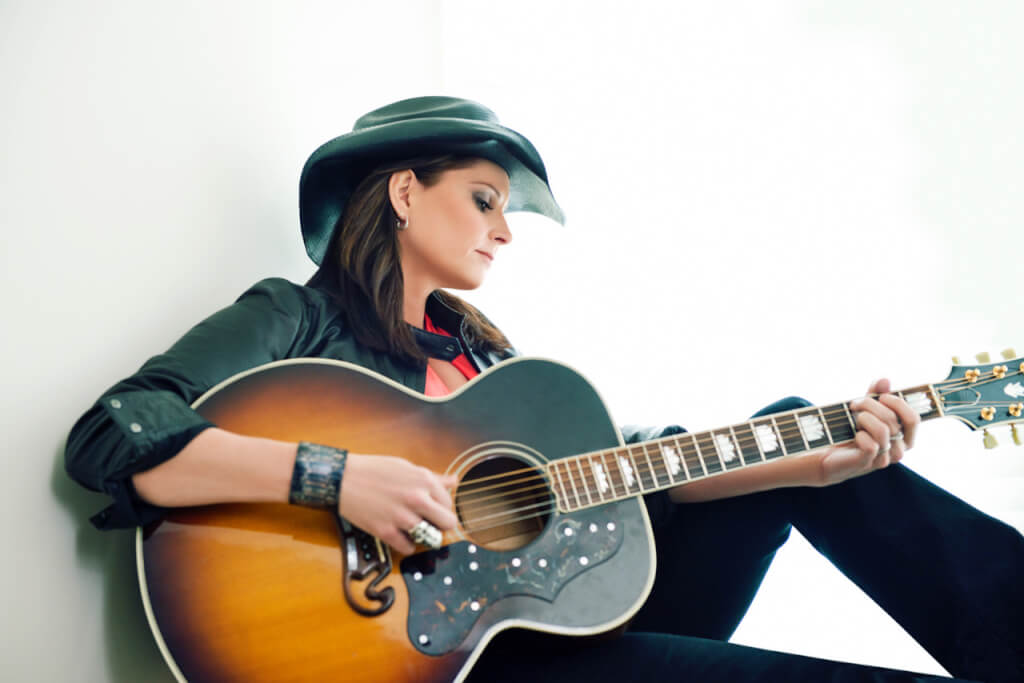 Terri Clark is an 8-time CCMA Entertainer of the Year has also taken home the CCMA Female Vocalist of the Year award five times. She has made her mark on radio with more than twenty singles, including six Number Ones in Canada and the USA – hits such as such as “Better Things To Do,” “Poor Poor Pitiful Me,” “Girls Lie Too,” and “I Just Wanna Be Mad.”
Terri has sold over five million albums and achieved Gold, Platinum, Double Platinum, and Triple Platinum status as certified by the CRIA and RIAA. She also has the honor of being the only Canadian female artist to be a member of the Grand Ole Opry.

We had the pleasure of attending Terri’s Back to My Roots Acoustic Tour at Casino Nova Scotia last year. The experience was remarkable; it was very personal, she interacted with the audience answering questions and learn about her personally not just a regular concert. Her guitar skills are beyond impressive, her voice is powerful like no other, it was truly an amazing experience. Terri is heading to Canso, Nova Scotia to perform acoustically at Stan Rogers Folk Festival on June 30th, tickets are still available. You should come out, you will not be disappointed. Terri and her full band will be in Bridgewater at the South Shore Exhibition on July 29th, 2017, tickets still available.

I had the chance to interview Terri about all the exciting things happening this year into next year.

Terri: New music has been a huge focus for me this year. I spent much of the spring writing and doing pre production for that. The goal is to have something new out there early next year. I have a busy summer and fall with touring as well. We kick off the ” chicks with hits ” tour this fall with Pam Tillis and Suzy Bogguss and i am so looking forward to that. I’m a big fan of both of those ladies so it’s a real honor to get to hit the road with them. I also have a busy summer doing band dates and several of my own solo dates in the fall as well. I’m taping my radio show in between it all and still writing for the new music.

Jenn: You host your own radio show “Country Gold with Terri Clark”. How has that experience been?

Terri: I love being able to catch up with my peers in the business. It seems I talk more with them now than we did back in the 90s. The show focuses on 90s country and I’m having a blast and very passionate about the show.

Jenn: Who are some of your musical influences?

Jenn: How does it feel to be featured in the book “Woman Walk The Line: How the women in Country Music changed our lives” along side artists like Loretta Lynn, June Carter Cash, Dolly Parton and more?

Terri: The book isn’t out yet but I have read the chapter that was written about me. Words can’t describe what an honour it is to be mentioned amongst the women in this book. I’ve always danced to the beat of my own drum ,and sometimes wondered if conforming more would have lead me along a different trajectory. When I read these things it brings to light that being “me “is the best thing I could be.

Jenn: Can you describe the difference between having your full band with you and it just being you on stage?

Terri: There is an energy between me and the band and the crowd when we are doing full band shows. It’s electrifying and amazing. When it’s just me – I am feeding solely off the crowd. It is a truly deep connection. There is more talking and opening up on a personal level in solo settings.

Jenn: What’s on your current playlist?

Jenn: How does it feel to be part of Stan Rogers Folk Festivial?

Terri: I’ve always wanted to do a folk festival and I am honored to be a part of this one. I’m a huge fan of roots music as you can see from my current playlist.

Jenn: Lastly, I look forward to meeting you at Stanfest, I’ll be there photographing the show. You are also going have your full band at the Big Ex in Bridgewater July 29th, I hope to see you there as well. Is there anything you’d like to add about those two events?

Terri: Each show will be different than the other so I am hoping that some people will come see both. The more the merrier and you can’t get any merrier than the Maritimes !!!