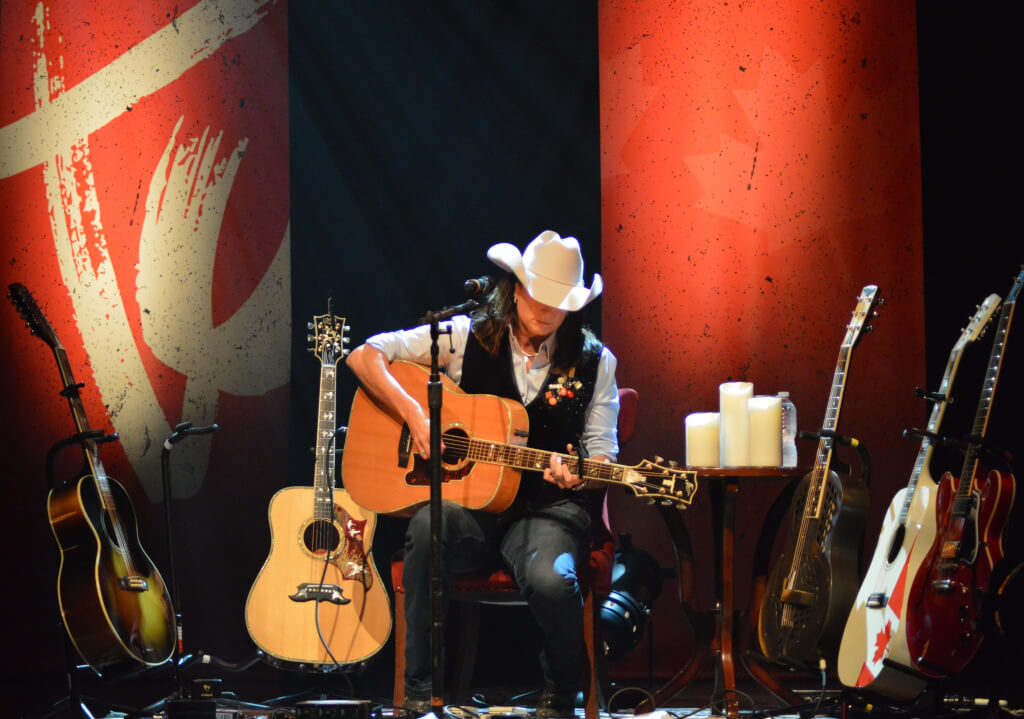 Eighteen time CCMA Award winner, Terri Clark kicked off her “Back to my Roots”
Tour tonight in Summerside, Prince Edward Island at the legendary
Harbourfront Theater.

This tour is the first of its kind for Clark as she is embarking on a solo
acoustic tour – which essentially means she has zero accompaniment from a
backing band. It’s just her and her guitars – and it’s simply perfection.

The tour is quite literally an acoustic autobiographical retrospective of
her entire career, complete with hit songs such as “Girls Lie Too”, “No
Fear”, “I Wanna Do It All”, and “Better Things To Do,” along with the
incredible stories behind them. It gave fans and concert goers that real
intimate experience that one wouldn’t normally get in show that would
include a full band. A shining moment of the evening was when Clark talked
of her mother who passed away in 2010 due to hard fought battle with
cancer. She spoke of how important her mother was in her journey of
getting to where she is today, at which point she performed the song,
“Smile.” This was a song that she struggled to perform in the past, but
she pulled it off without a hitch, and there wasn’t a dry eye in the
building. It was a beautiful moment that garnered her a long, well-earned
standing ovation from the Summerside crowd.

Another added bonus to the tour is lucky concert goers get the chance to
participate in a Q & A session with Clark in front of the entire crowd.
Prior to the show, fans were given the chance to write out a question
they’d want to ask to, and after the set was over, questions were chosen
at random and fans were given the opportunity to ask the question directly
to Clark, which added to the intimate atmosphere.

The “Back to my Roots” continues tomorrow night with another date in
Summerside. Other Maritime dates include:
September 15th
Harbourfront Theatre – Summerside, PEI