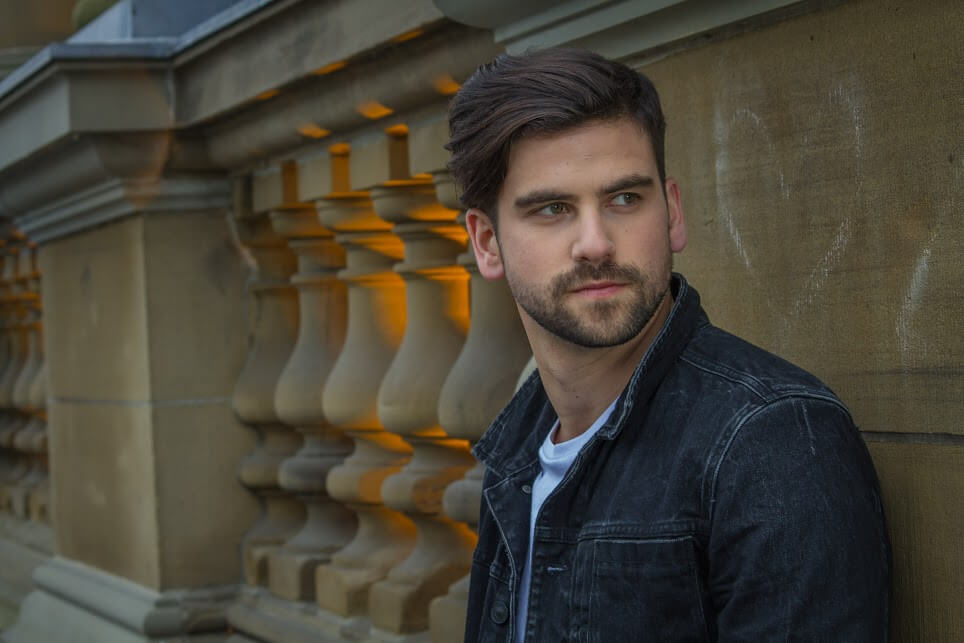 Luke Austin is a well-rounded, modern musician. He has been privileged to having worked with some of the industries high-profile, producers / engineers in the industry including: Alex Bonefant, K-OS, Vance Powell (Kings Of Leon), Jack White, and John-Angus MacDonald (The Trews). With several past showcases during NXNE and Canadian Music Week Austin has developed a strong stage presence that channels his musical sensibilities. When he is off-stage his philanthropic nature shines, partnering with charitable organizations Breakfast Club Kids of Canada and The Canadian Concussion Project.

I had a chance to interview Luke, here is what he had to say:

Luke: My name’s Luke. I play guitar and write songs.

Luke: I come from a really diverse musical background. My parents raised me on a lot of soul/motown/blues and rock’n’roll. I would say I was raised on anything from Zepplin to Sam Cooke and Stevie Ray Vaughn.

Jenn: Your first record in 2012 was produced by Grammy-nominated and five-time Juno Award winner Michael Hansen and your current record was produced in Nashville by Grammy Award-winner Vance Powell. What was it like to work with them?

Luke: It’s always great to get in a room with professionals like those guys because you’re able to learn so much from them. As a young musician, I think it’s all about growth, not only in your music but as a human. Working with Vance was very special because he had just gotten off recording Lazaretto (Jack White) so was able to give up some inside tricks.
I learned more from Mike as a songwriter. That guy can flat out write songs. It was inspiring to have worked with him in that regard.

Jenn: Who is someone you would like to work with whether it’s sing, perform or write with?

Jenn: How did you get your start?

Luke: I got my start playing drums actually. Just before high school I started playing drums and then bass and eventually got to play guitar. I played in bands all the time and loved playing and performing…I still do.
I started writing songs while in recording college and hitting open mic nights to try them out. Eventually I fell in love with art of songwriting and decided that I would give my passion a shot. Haven’t looked back since.

Jenn: Your new release “Hard Times” was just released via iTunes. Can you tell us about the song?

Luke : I got a chance to co-write the song with John-Angus MacDonald of the Trews which was huge because he’s an extremely talented guitar player and writer. “Hard Times” was actually an old demo that I had on my computer and when I sent it to John-Angus he fell in love with it. It’s a very human song because it exposes the vulnerability that we all feel on a day-to-day basis.
John-Angus produced the song and we recorded it at Catherine North Studio’s in Hamilton. I chose this studio because it’s an old church with the high ceilings and stained-glass window and such. It felt like the perfect venue to record “Hard Times” because of the spirituality. We also ended up using a lot of vintage gear they had lying around the studio in the recording.

Luke: I’m planning to release a few more singles and then an EP in early 2018. All while touring Canada.

Jenn: What is on your current playlist?

Luke: Stay true to yourselves and contribute something positive to your community every day.