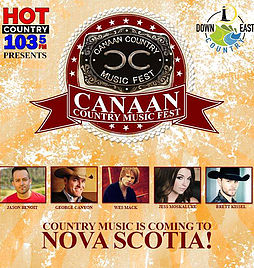 The Lineup has been announced for the Canaan Country Music Festival set to take place in beautiful Annapolis Valley this coming summer. Geat acts like Brett Kissel and Jason Benoit were previously announced with George Canyon as Special Guest Host. Latest artists to be announced are Canadian Female Vocalist of the year the last two years Jess Moskaluke and the awesome Wes Mack who opened up for many of Shania Twain’s concert events.