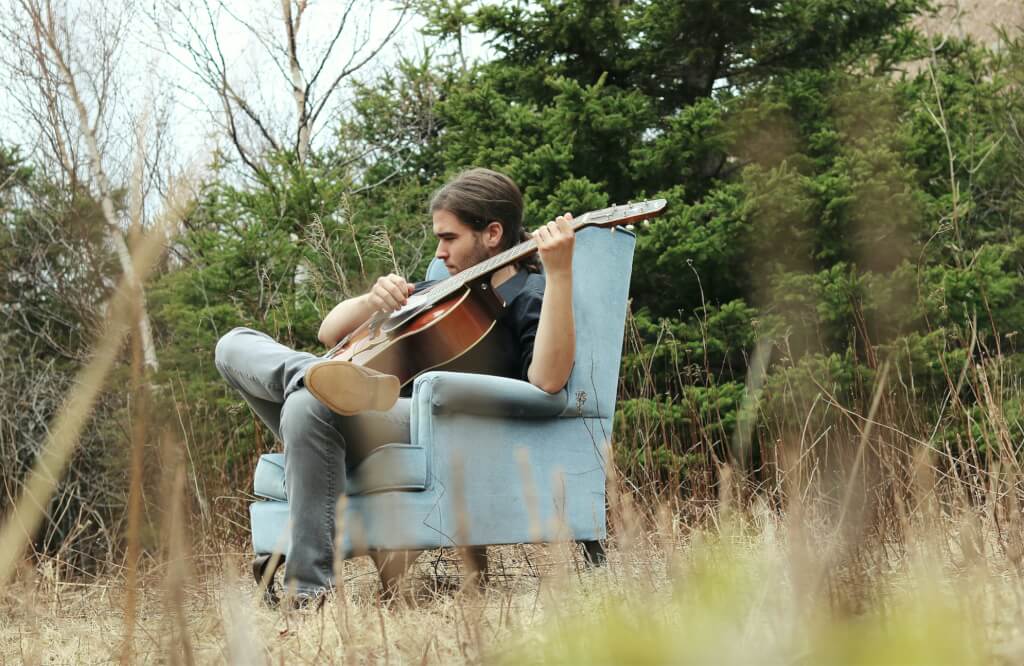 Maxim Cormier launches a pre-release campaign in anticipation of the May 2017 release of his solo classical recording, “Maxim Cormier plays J.S. Bach”.

Cormier has launched his pre-release campaign through PledgeMusic— an online direct-to-fan platform that connects artists and fans beyond a simple stream, download or CD sale. Some pledge options include a signed copy of “Maxim Cormier plays J.S. Bach”, guitar lessons, one of a kind vinyl record collector’s package, executive producer credit, among others.

Those who pre-order the album will automatically gain access to behind-the-scenes videos and bonus content. The pre-release campaign is a way for Cormier to connect with music fans and the people who have supported his musical journey.

“As a musician and music educator, I love connecting with people who love music as much as I do,” says Cormier. “I think the pre-release campaign for my latest project is a great way to connect with my supporters and fellow music lovers in a meaningful way.”

I had a chance to chat with Maxim about his music and campaign. Here is our interview.

Jenn: When did you start playing?

Maxim: We have old family photos of me as young as 3 or 4 years old holding a guitar but I didn’t start playing/learning until I was 11.

Jenn: How does your background and heritage influence your music?

Maxim: As a composer, I always try to remain open to new sounds and new ways of doing things. I like to think that my approach to composing and interpreting others’ work is a result of who I am as a person and not where I’m from. That said, I grew up in the traditional Celtic music in Cape Breton, which had a big impact on me. Celtic music is still a big part of what I do today. I play in a Celtic/folk instrumental duo with my father, Gervais Cormier, I co-produced the ECMA nominated album “Constellations” by Christine Melanson (the winner is being announced this weekend), I’ve accompanied Ashley MacIsaac on a CBC TV show “Celtic Edge”, I played with Beolach, taught guitar for Feis Rois in the highlands of Scotland, performed at the National Celtic Festival in Australia, etc.

Jenn: Who are your musical influences?

Maxim: My father, Gervais Cormier and my teacher/mentor at Dal, Scott MacMillan are without a doubt my biggest musical influences – they’ve had an impact on everything I do. Studying the music of J.S. Bach has had an significant impact on my composing – it really opened my eyes to how counterpoint works, etc.

Jenn: Tell us some of the highlights of your career so far?

Maxim: Some highlights include:
-2 trips to the UK to work with Feis Rois – in 2014 for a 6 week tour of the UK with Scottish musicians (Cambridge Folk Fest, Edinburgh Fringe Festival, Commonwealth Games in Glasgow and many other halls, folk clubs, etc). In 2016 I returned to the UK to work with Feis Rois – as a teacher (more on this in question 6).
-Travelling to Australia in 2014 to perform at the National Celtic Festival
-Winning an International Acoustic Music Award (IAMA) for best instrumental in 2014 for “Le Grand Boulanger de L’Est” – a track from my debut album that features grammy award winner Gordie Sampson.
-Winning the Acadian award at NSMW 4 years in a row (2013, 2014, 2015 and 2016)
-Being awarded the “Big Sampie Award” by the Celtic Colours’ Festival Driver’s Association and Lakewind Sound in 2012. This prize funded my debut album.

Jenn: What made you decide to do a pre-release campaign with PledgeMusic?

Maxim: PledgeMusic is a platform that allows fans to pre-order “Maxim Cormier Plays J.S. Bach”. Every pledge option comes with the “Access Pass”, which gives them access to behind the scenes updates, videos, audio samples throughout the campaign, it gives them a digital download of the album before it is commercially released and it makes a much more direct connection between me and my fans who support my music.

Jenn: In October 2016 you headed over to the Highlands of Scotland for your first international teaching engagement with Feis Rois. How was that experience?

Maxim: Teaching in Scotland was a very eye-opening experience – the kids there are so keen to learn, they truly love the music they play and many of them play at a very high level for their age. Feis Rois is an amazing opportunity for the kids from the Highlands of Scotland. I’m really glad to see that a similar organization is forming in Cape Breton – Feis Cape Breton. I also made friends with many of the other teachers at Feir Rois – who are all fantastic musicians that I now enjoy listening to and hope to collaborate with next time I’m in the UK.

Jenn: After the release of your solo classical recording “Maxim Cormier plays J.S Bach”, What are your plans?

Maxim: I plan on touring as much as possible with “Maxim Cormier plays J.S. Bach”. Fans of J.S. Bach are everywhere and I have something in common with them – I look forward to meeting them, performing for them and discussing the music of Bach. I also have an album with Cormier Duo to be released later this year.