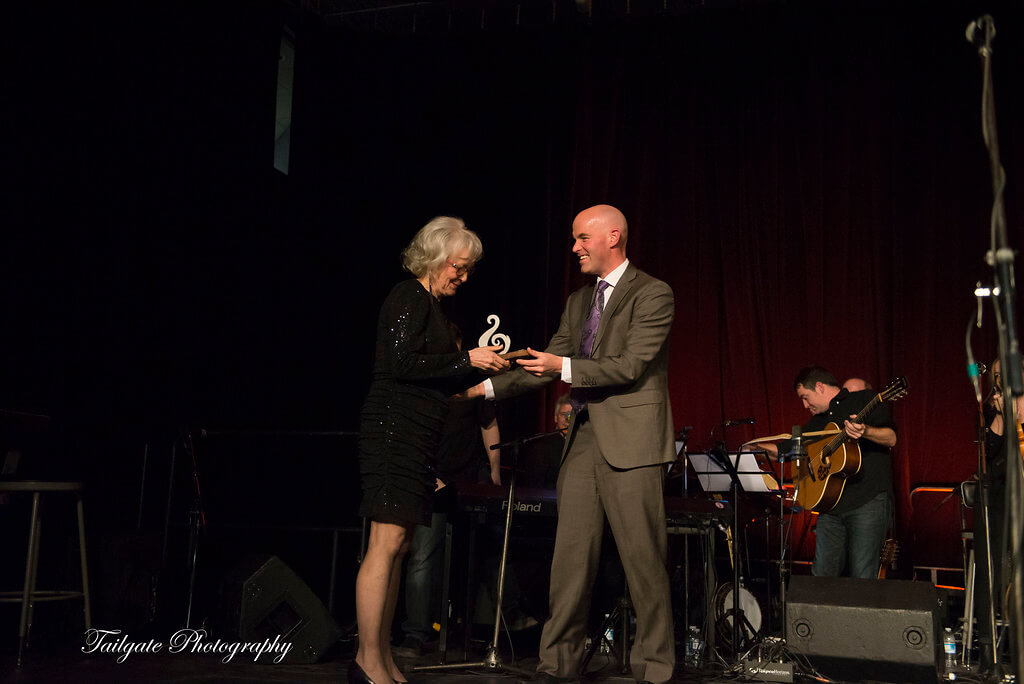 Ken Tobias was the second inductee, he accepted with an standing ovation. Jessica Rhaye sang “Good to be alive”; Meaghan Blanchard along with Bruce Guthro sang “Stay Awhile”; and Port Cities sang “Every bit of love” in honor of Ken.

The third inductee of the evening was Joella Foulds. For more than 20 years she put her performance career on hold as she worked as co-founder of Celtic Colours International Festival, but we are happy to hear she is returning to the stage. Kim Dunn performed “My Island Too”; Dawn Beaton and Rachel Davis performed “Celtic Colours Reels”.

Natalie MacMaster was the fourth inductee of the night, she has been making music for over 3 decades with over 100 shows per year. Natalie explains her humbleness and honor; she also expressed her love for Cape Breton and all that it is about. Darren, Rachel and the dancers performed two fiddle instrumentals along with Bruce Guthro performing “Fiddle and Bow”.

The fifth and final inductee of the evening was Gene MacLellan. Performances were: Meaghan Blanchard “Snowbird”; Kim Dunn “Won’t talk about love”; Port Cities “Just want to be loved by you”. Special performance was Gene’s daughter Catherine MacLellan singing her father’s song “Biding My Time”. Catherine and her mother Judy MacLellan accepted on behalf of the late Gene MacLellan.

The last performance and grand finale of the evening was all the performers singing “Hand in the hand”, it was a beautiful ending to a perfect evening.