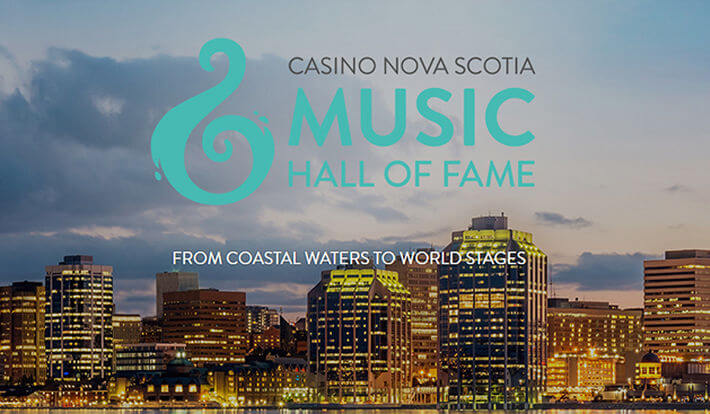 “Since opening in 1995 we have embraced and supported our east coast culture. Live music featuring local artists has been a significant part of the entertainment experience for our guests, including tourists, as well as our employees,” said Gary Moore, Interim General Manager of Casino Nova Scotia. “We are celebrating 20 years in operation this year so we decided to create a legacy project. The Music Hall of Fame recognizes and celebrates our region’s rich cultural and musical heritage. As a long-time supporter of east coast music and culture this is an investment we are excited to make.”

Scott Long, Executive Director of Music Nova Scotia notes, “Music is a significant part of our culture. When people from outside of the region think of the East Coast, it is often our great musical artists that come to mind. Our region is understood through our music, which reflects the history and experience of the people. We are fortunate to have a corporate patron that recognizes the importance of promoting east coast culture and music as a vital resource. Having the Music Hall of Fame located at the casino is a natural fit as the casino is a leading entertainment industry partner. Establishing a Music Hall of Fame will capture the history of our music, and the contributions of our musicians and industry professionals have made to establish our region’s reputation nationally and internationally.”

The first inductees to the Casino Nova Scotia Music Hall of Fame was held at a  Gala celebrating East Coast music and the inaugural inductees on Thursday, October 15 in the Schooner Showroom.  The first inductees to be recognized for their contributions to promoting Canada’s East Coast culture and music beyond Atlantic Canada were: Anne Murray, Rita MacNeil, Portia White, John Allan Cameron, and Brookes Diamond Productions (Brookes and Fiona Diamond).

Casino Nova Scotia and Music Nova Scotia have been working together over the last four years to create innovative ways to promote Nova Scotia’s musicians. In 2011 they developed the Friday Night Live program which provides Music Nova Scotia members with paid performance opportunities, while keeping the events free and open to the public. In 2014 they developed the Artist in Residence program designed to provide emerging Nova Scotian musicians with $20,000 in funding to assist with developing their career through recording, marketing, and live performance opportunities. The Casino Nova Scotia Music Hall of Fame is the next step forward for this exciting and innovative partnership.