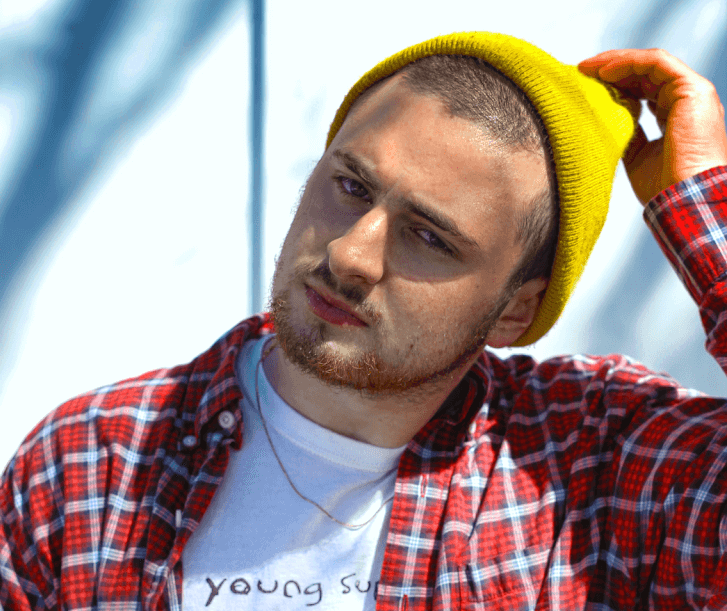 Mitchell Bailey, hailing from Glace Bay, Nova Scotia, is rapidly becoming the voice of any youth whose idea at one point seemed totally unrealistic and ridiculous. Speaking from the perspective of a nineteen year old who went from struggling to pass his math exam and impatiently waiting to graduate high school, to being exposed into the depths of a changing hip-hop industry. Over the past year, it’s obvious his maturity within his music is being put on full display with every new release. From dealing with growing pains, to trying to stay grounded with all this excitement being so quickly thrown at him. Mitchell combines storytelling lyrics with obscure, almost humorous, descriptions of what his perfect world consists of, backed by catchy choruses blended in with moody melodies. He’s the type of artist to speak on exactly what’s in front of him.

To date, Mitchell has headlined three tours across the East Coast of Canada and has performed at various showcases across North America including; Pop Explosion in Montreal, NXNE in Toronto, #NIGHTSHIFT in Miami, A3C Festival in Atlanta and SXSW in Austin. In the past 5 months, he’s released his most successful music videos to date (accumulating 80,000 views in total) & is still producing consistent material. His debut album “Last Time Introducing Myself” is slated to be released later this year, featuring collaborations with highly respected Canadian artists & producers. Along with co-founding his own company “Buds Entertainment”.

I had a chance to chat with Mitchell about his new album, new single and upcoming performances.

Jenn: Your debut single “So Simple”, Can you tell us a little bit about the song?
Mitchell: The song’s produced by Halifax-based producer Famba, with additional help from my in-house producer Sean Lewis (AKA Nookie Beats), who also recorded & engineered my new project “Last Time Introducing Myself”, along with producing 90% of the album’s records. The song basically grasps the concept of gratitude & being appreciative of everything regardless of it’s magnitude, whether it’s a relationship or simply life in general, “girl this all we got, all we got & girl it’s so simple” puts everything into perspective. Since it’s release, it’s generated major buzz throughout the East Coast of Canada too, being added into regular rotation on various radio stations and the music video on my VEVO YouTube account accumulating over 50,000 views. It’s pretty cool to turn on the radio & randomly hear myself.

Jenn: You released your new album July 20th ” Last time introducing myself”. How has it been going?
Mitchell: The release definitely over-exceeded my expectations! The album stayed afloat on the iTunes Hip-Hop charts for 4-5 days following it’s release, even charting higher than some classic rap albums like Drake’s “Take Care” and Kanye West’s “Graduation” for periods of time, although those albums came out years ago, it was still exciting to see my name among some of my idols on a platform like iTunes. The highest it charted was at #46. Although with the album receiving so much unexpected popularity definitely was a gift and a curse because I ended up having my eyes glued to my phone screen for a week just constantly refreshing to see if it climbed higher/lower, and if it climbed lower, I’d be stressing out hoping more people would continue buying it so it could climb back higher. I love watching numbers grow. Soon as I seen myself charting at #90, I was envisioning myself going #1. The end result of all this positive reception was just me heading back to the studio to collaborate with other talented artists to start putting together my next project. I kind of look at this debut commercial project as an experiment to see where I was standing among my peers and test how strong my support base was. Now that I’ve tested the waters, I know what I’m working with & what I can build from.

Jenn: How did you get started in the music industry?
Mitchell: I’ve been writing music since I was 14 (I’ve recently just turned 20), and started recording at 15. 4 months later, I technically released my first project. I used to purchase blank CDs with the jewel cases and then go sit in a room with my graphic designer, Mitchell Turner, and we would just burn all the tracks to CD and put together the whole package and sell them throughout my high school. I got immerged into a program called Youth Art Connection in Halifax along with eventually meeting (who is now my manager) Mickey Freeman, who heard me on a radio interview on CBC when I was 16 and we have been working together ever since. We have every aspect covered within our team which makes it very easy for us to tackle everything within the industry, including Mitchell Turner on graphics, Brendan Lyle (MooseCanFly) shooting the music videos, Sean Lewis who records & produces everything I do, Mickey handling the business, and our newest addition, Cleo Beland, who covers the marketing aspect of things.

Jenn: Who are some of your musical influences?
Mitchell: My musical influences definitely range from whatever different listening phase I’m going through at the time. I feel like lately, especially with this new album, you can hear the maturity & growth within my lyrical content compared to two years ago as I continue to display how self-aware I’m becoming inside my music, along with song structure and instrumental selection. But if I did have to choose a selection of artists, my mind would immediately draw to the likes of Mac Miller, Travis Scott, Tyler The Creator, and Russ.

Jenn: You co-founded your own company “Buds Entertainment”. Tell us about that.
Mitchell: Buds Entertainment has always been two very significant words that’ve been attached to everything I’ve done dating back to my first release when I was 15. It honestly started off as a joke, because my friend’s dad used to always say “what’s up bud?” and for whatever reason we always thought it sounded hilarious so we just ended up saying it so much that it became embedded into our vocabularies for eternity, which eventually transitioned into it being the title of my YouTube channel once I started seriously releasing music & music videos earlier in my career, which then progressed into “Buds Entertainment” merchandise, and as things continued getting more official and more opportunities arose, it eventually became the name of the company we incorporated. But like I mentioned before, Buds Entertainment represents all the talent we have under our company’s name such as my music releases, merchandise, performances, and anything else that’s attached with what I do, along with Brendan’s visual services, Sean’s studio, etc.

Jenn: What is on your current playlist?
Mitchell: Current playlist? Well I have A$AP Ferg’s new project “Still Striving, Dave East’s latest “Paranoia”, Pryde, Jaden Smith, and some of my new unreleased music from my next project (that’s top secret though, we’ll talk about it later).

Jenn: What are you plans for the rest of the year?
Mitchell: We have LOTS of upcoming content to be released. Multiple music videos from records off the album (which will be our best ones yet), “Last Time Introducing Myself” merchandise, another album which will be surfacing sometime around the Fall, my own show in Montreal on September 9th along with my POP Montreal festival performance on September 13th, Nova Scotia Music Week in Truro, a potential radio-show, and 1,000 other exciting announcements which will appear all over my social media in the meantime. Keep your eyes peeled!