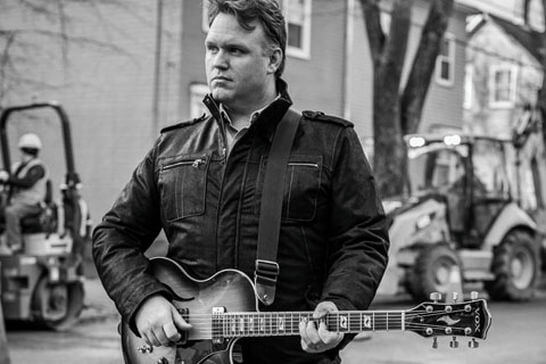 Atlantic Canada’s own Charlie A’Court will be opening for UB40 on their upcoming nation-wide tour in Australia. A’Court will hit the road “down under” with the legendary UK-based UB40 for ten shows running November 14th through to November 28th.

The Truro born, Halifax based A’Court has toured regularly in Australia over the past several years and has been there since mid-October on a tour designed to coincide with the Australia release of his 2015 ECMA Blues Recording of the Year, Come On Over. The current tour has already seen him perform at The Wigham Akoostic Festival, Sydney Blues & Roots Festival and opening an impressive string of Australia dates for American boogie-blues legends, Canned Heat. A’Court’s upcoming dates include solo performances at a variety of prime venues, along with several high profile showcases during the inaugural 2015 Australia Music Week and touring the nation with UB40!

Australian record executive Robert Rigby, founder of Ambition Entertainment and Fanfare Records, recently signed Charlie A’Court to the Fanfare label for the October 30th national release of Come On Over.

Recorded at Blackfoot Sound Studio in Sydney, Australia, Come On Over features eight new songs, and a fresh take on two of A’Court’s previous releases – “Broken Man”, co-written with Jamie Robinson, and “I’m Sorry”, co-written with Kim Wempe – and this time around features a soulful vocal duet with Australia’s Mahalia Barnes. The album title track and lead single, “Come On Over” is a co-write with Australian musician-producer, Mark Lizotte, a.k.a. Diesel, who was in the producer’s seat for A’Court’s entire album. The pair first met when both Charlie A’Court and Diesel showcased at the ECMA Conference in 2013. They quickly acknowledged their shared influences and stylistic similarities, and their musical partnership was further enhanced when A’Court was invited to tour as support on a series of Diesel concerts in Australia that same year. During their time on the road together a creative synergy evolved, and the rest, as they say, is history. “Come On Over” (the single) received solid support at radio in Canada, including reaching the number one spot on the nationally syndicated East Coast Countdown.

Fanfare’s Robert Rigby says “Come On Over is a brilliant album and Charlie A’Court is a true international find. The added involvement of Diesel and Mahalia Barnes on this record is an added treat which should connect this talented Canadian artist with Australian music lovers.”