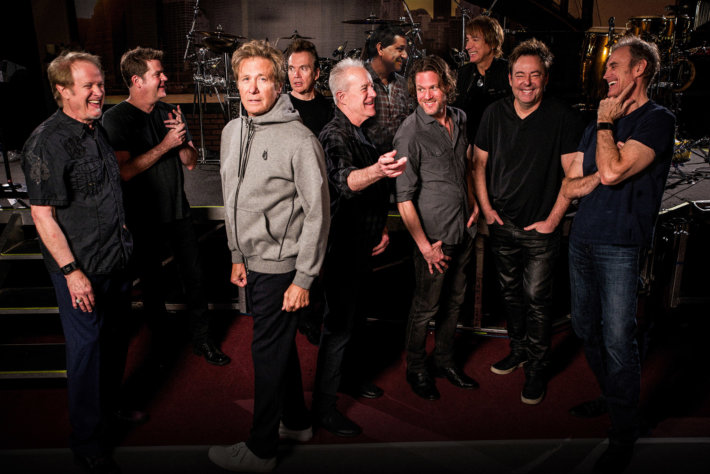 Chicago is an American rock band formed in 1967 in Chicago, Illinois. They have recorded 36 albums and sold over 100,000,000 records. They will be performing in Moncton NB on September 15th and in Sydney, NS on September 16th. I had the chance to interview Original Chicago band member Robert Lamm.

You are the first American rock band to chart Top 40 albums in six consecutive decades – How does that feel?

These kinds of statistics are not something we pay much attention to. We certainly appreciate the media taking notice, but the goals we set at the very start and continue to this day, have everything to do with the MUSIC we make.

You were inducted into the Rock and Roll Hall of Fame- Tell us a little about that experience and honor.

When we were first notified of the likelihood of our induction, I was just very surprised and and also very happy for the original members of the band, (including members who had moved on). When the actual event happened, it was all a blur of activity… seeing friends, meeting musicians, rehearsing for the performance, meeting members of the Board of the HOF, and sharing the evening with my family.

Tell us a little about your upcoming shows in Moncton & Sydney?

We are excited and pleased to bring the current production to Eastern Canada. It’s been awhile since we visited our fans there. We are featuring a LIVE performance of our multi-platinum album CHICAGO II, followed by a celebration our most successful music. Our newly joined member, Canadian Neil Donell, has proven to be a good fit with CHICAGO.

What is one of your biggest accomplishments in your career that you are proud of?

Chicago is always active, even with occasional personnel changes, and continued to tour internationally, while maintaining consistent high level performance and media presence.

Is there anything else you would like to add or highlight?

Chicago is a leaderless group. It was always meant to be collaborative, so that each member was contributing some needed aspect to the finished musical piece, or whatever the project was: video, concert, arrangement, solos, album graphics, t-shirts, etc. I think it’s fair to say that no one, other than the people who have been a part of Chicago, know what it’s been like to essentially ‘grow up’ and develop from adolescent musicians … into adults. We run deeper than some would think, I suppose. The band always has been about the music, but in that space, we’ve also realized that life goes on, with successes and disappointments for us and around us, with all the same dynamic as any family.