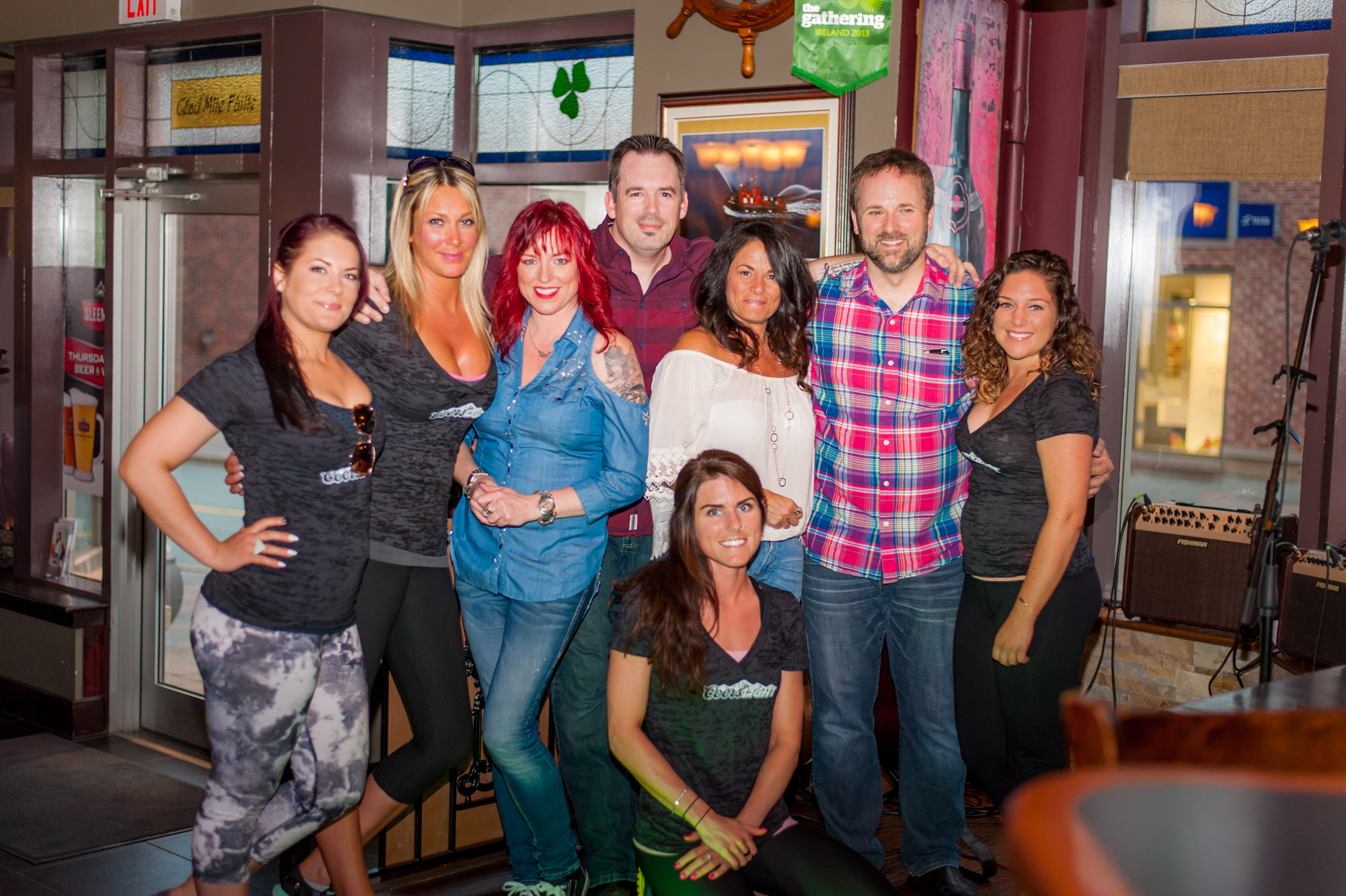 Personality! That’s what Andrew Frelick and Ivan Daigle have in spades. I happened to be pulling into Seamus David’s parking lot as they were putting some gear into their truck. The first words out of Ivan’s mouth were (and this is the first time we met) “look out, it’s the paparazzi. No pictures please”. Of course it was followed by a big smile and a hand shake.

On the way back into the pub, Andrew points to a brick wall and asks if we could do a couple shots for his website. I put on my “make better” lens as he called it and took a few quick shots. Ivan wanted in on a few, so to show some love for the pub that’s been sponsoring Andrew on his two trips to Nashville, we did a couple in front of the Seamus David’s sign.

Andrew’s been keeping busy performing at local venues here in the Halifax area, but has his sights set on Nashville. He just got back from CMA Fest and is planning on making the trip back down at the end of the month to get some recording time in. And all of this is due to submitting a song to a Nashville radio station that prides themselves on finding new up and coming artists. His song “Spread Some Good Time Around” is currently #18 on the Top 40 New Artist Countdown at Bestcountryradio.com.

So since he was performing two nights in a row at the pub, and on his way to Nashville the very next day, he asked his good buddy and Canada’s Got Talent finalist Ivan Daigle to do a set both nights to give him a little break and save his voice for CMAFest. Ivan of course obliged and the two country artists put on a stellar show! Photos by Jeremy Mosher