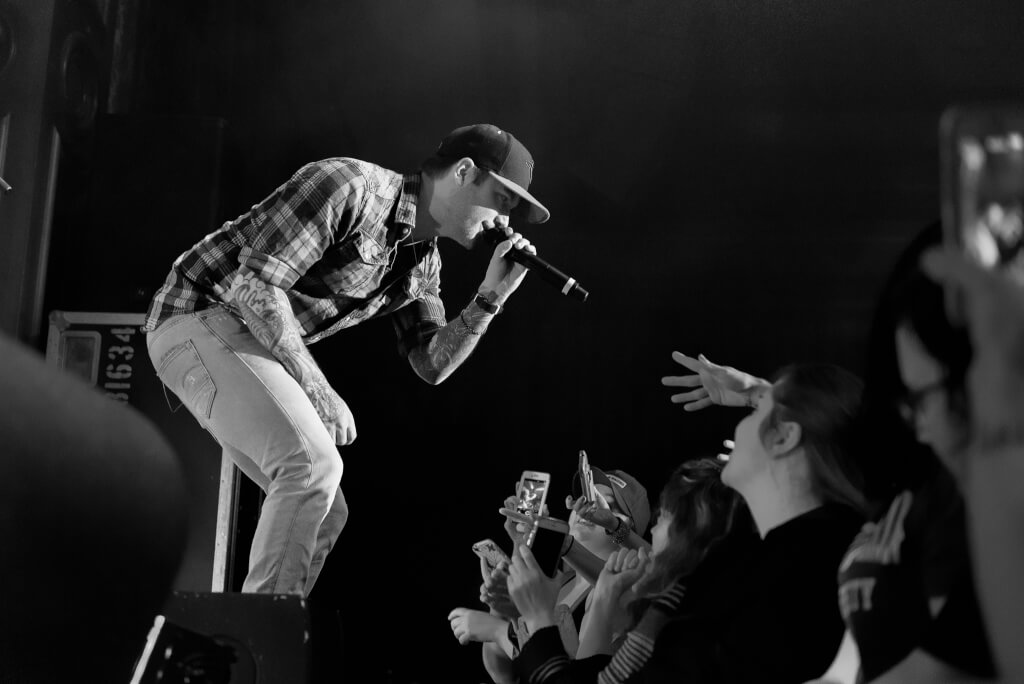 It was a banner year here for us at The Daily Musician we couldn’t think of a better way to cap off 2016. BC native Dallas Smith rang in the New Year with his East Coast fans at Casino Nova Scotia and left us buzzing with excitement about 2017! Dallas, along with his full band performed not one but two sold out shows on New Year’s Eve. The first show featured a seated audience but in true Dallas fashion, he invited his fans to get on their feet during the first song, and most remained standing until the end. He entertained the crowd with several new songs from his latest album, Side Effects, including such titles as “I’m Already Gone” and “Sleepin’ Around”. He also invited a young couple to enjoy a slow dance on the stage while he sang “Autograph”, an experience they won’t soon forget.

The second show of the evening was standing room only and the crowd was pumped up and ready to go even before Dallas set foot on the stage; the energy in the room was palpable. He again performed his newest songs along with fan favorites such as “Tippin’ Point” and “Jump Right In” and closed both shows with “Cheap Seats”. What we didn’t expect was for him to break out his guitar and give us some Default tunes, which sent former Default fans in to a tizzy! Dallas worked the crowd well; high-fiving and snapping selfies with the front row fans, myself included! Just before midnight, he invited another young couple, Ryan and Tara, to the stage to dance while he performed “Autograph”, only this time there was a twist. He gave the mic to Ryan who nervously professed his love for Tara, and in front of everyone, got down on one knee and proposed! She agreed to change her autograph!

As the clock was about to strike midnight, Dallas and his bandmates brought their wives and girlfriends on stage to officially ring in the New Year, which was followed by their rendition of Auld Lang Syne. What an experience it was to be able to see one of my favorite artists perform on what is probably the biggest night of the year! Happy New Year all!

My only regret on this night was not purchasing his vinyl records early in the night from the merchandise table as they were sold out after the show.

For more information on tour dates and/or purchase of his music check out his website at http://www.dallassmithmusic.com