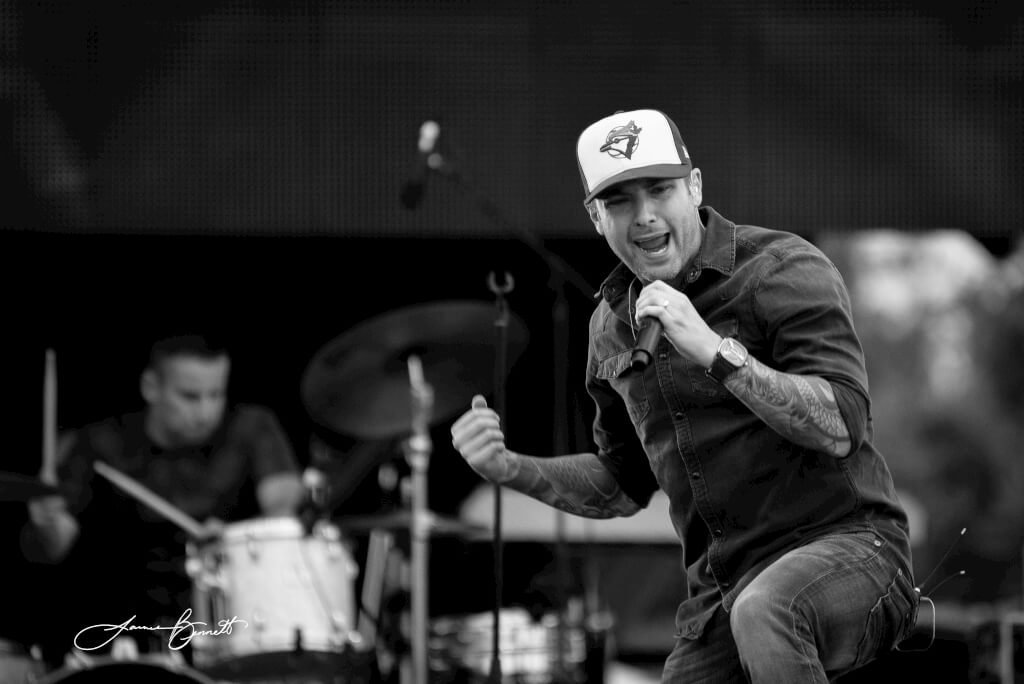 A Conversation with Dallas Smith

Sarah: Congratulations on the release of “Side Effects!” You’ve had
incredible career since your debut as a solo artist in 2012. Did you ever
expect this kind of success?

Dallas: When Joey and I were first putting together, “Jumped Right In”,
and I made the decision to leave the band (Default) and go do my own
thing, I just kind of recognized that in sticking with the band, I was
going to be stuck in that rut and I knew that I’d end up not being in the
music industry and doing what I loved to do, if I remained. So my whole
goal with going down to Nashville and putting that whole record together
was just to go down swinging and just do what I wanted to do, and if it
worked- worked, if it didn’t- it didn’t. I just wanted to continue having
a bit of a career. So to have it be so well received out of the gate and
to be at the point where we are now with these records, I really had no
idea. I really didn’t think it was going to happen this way, but I
obviously and most certainly happy that it did.

Dallas: People say it’s hard for Canadians to make any noise down there.
It really is just hard for everybody. It doesn’t matter where you’re from-
be it Vancouver, Toronto, or New York or Louisiana. That market is so hard
to crack. There’s only so many of those songs that get on those playlists.
The quality of the song has to be THAT good. We got a lot of support from
“The Highway” (SiriusXM) on previous singles, and some secondary stations
but we’ve still yet to crack the terrestrial radio stations, which is so
important. Being Canadian isn’t an excuse, it just hard for everybody.

Sarah: “Side Effects” is so awesome. With each track I listened to, it
just kept getting better and better, and better! Do you have a particular
favorite track?I know you had released a few singles prior to the release
of the full-length album.

Dallas: Yeah, we released “Kids with Cars,” and “One Little Kiss” when
the rest of the record wasn’t even recorded, and probably even written at
that point, haha! The rest of the songs kind of came later. It’s tough to
say. It always changes and I like songs for different reasons. I haven’t
played a lot of the songs live yet, either so that will change soon. I’m
still getting to know the record. I think once I play them more live, I
will be able to judge better which one is my favorite. I think the title
track is going to be a single at some point, and I really enjoy playing
that one. I played it a lot this summer at a few events. I guess I can say
“Side Effects” is one of my favorites.

Sarah: You’ve had the chance to work with some really great writers and
collaborators throughout the span of your solo career, and it really shows
on each of your records. How did you get hooked up with them, because I
noticed that you’ve worked with a lot of the same people on your records.

Dallas: Oh yea, I’ve got my supporters for sure. Rodney Clawson has been
very, very good to me, and just a fantastic writer. One of my favorite
songwriters is Jaren Johnston from The Cadillac Three and he’s become a
good friend of mine, and I really love his writing style. He co-wrote
“Tipping Point” with the FGL guys (Florida Georgia Line). He also wrote
“Lifted” and “A Girl Like You” – a lot of my singles that I had a lot of
success with. So, when I went knocking on his door, he was great enough to
throw me a few more songs that he had kicking around. I’ve been really
lucky that there have been some great writers out there. Ross Copperman,
and those guys that don’t shy away from what I do, and aren’t shy to give
me some sings that they like, so it’s really cool.
Sarah: Did you write any of your own singles for this record.
Dallas: No, nothing that made the record. We’re just trying to make the
best record possible. My thing is the live stuff. That’s my favorite. To
be honest, I’ve been so busy touring that I haven’t had a lot of time to
write.

Sarah: Speaking of keeping busy, you must be so excited to be headed out
on the road with Keith Urban this fall.

Dallas: We got the offer for it about 10-11 months ago, so to have it sort
of have it on the doorstep and be the next thing that’s coming up is
really exciting. When I get the question of “Why go solo?” and “Why do
the country stuff?” Right from the beginning I said it was guys like
Keith Urban who bridged the gap for me. So to have it come full circle and
have him invite me to come out and perform is pretty huge.

Sarah: It’s cool that you get to do all of this right in your neck of the
woods, too.

Dallas: Yea! I kind of wished it ended in Vancouver, but it’s starting in
Vancouver. There’s always that pressure of the hometown show and being in
front of your friends and family for the first show of the tour can be a
bit nerve-wracking.

Sarah: I noticed that two of the dates kind of coincide with CCMA Music
Week and the awards show. Will you be able to take part in any of the
events prior to the tour?

Dallas: No, I have to skip it all this year.

Sarah: Congrats on the four nominations this year! We’ll certainly be
rooting for you here on the East Coast! Speaking of East Coast, we’re
really excited to see you coming back this way to perform in Halifax on
New Year’s Eve!

Dallas: It will be fun. We’ve played there a few times and it was always
great. We’re gonna have the full band, all of our wives are coming down
with us. It’s gonna be a really good weekend.

Sarah: Just for fun – What would you say say your favorite drink is? It
can be alcoholic, or non-alcoholic! If a drink was named for you, what
would you call it?

Dallas: Oh, I’m a coffee guy! My band guys call me “Old Smithie” so I
think that could be a cool name for a coffee drink, haha!

You can purchase Dallas Smith’s latest album, “Side Effects” on iTunes NOW!!

Tickets available by phone at the Ticket Atlantic Box Office, (902)
451-1221; in person at all participating Superstores and Casino Nova
Scotia; or on-line at www.ticketatlantic.com