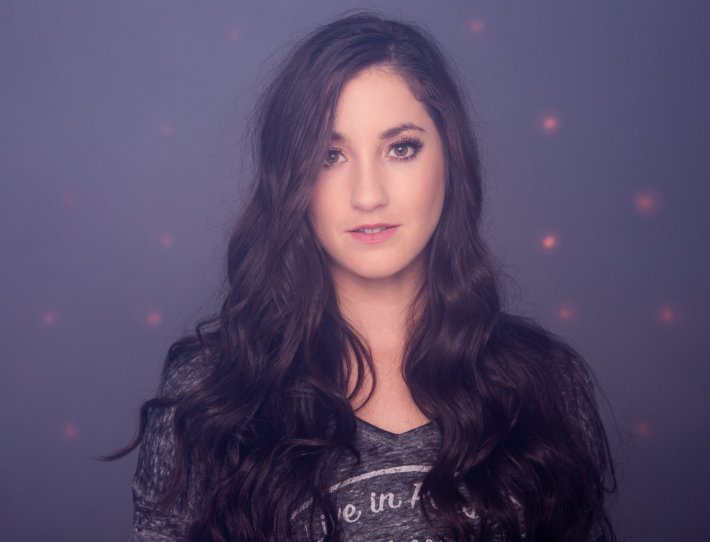 After a decade of performing in venues across Ontario, Todd moved to Nashville three years ago, where she has dedicated herself to honing her chops as a writer, as well as becoming an in-demand performer on the competitive local club scene.

As a writer, she has learned from countless songwriting sessions across the breadth of mu- sical genres, ending up with a classic country sound infused with the exceptionally well craft- ed, memorable pop sensibilities of her first mu- sical inspirations.

As a youngster, Todd was first drawn to the pow- erhouse pop/soul performances of the likes of Whitney Houston and especially Mariah Carey – the later because she tended to write more of her own music.

“That’s when I fell in love with Shania Twain, Faith Hill, Martina McBride and Michelle Wright and I began to really love and appreciate country music. So, there was Mariah, and those wonder- ful female country artists, including Dolly Parton, but I also remember really loving the Wilson Philips album which taught me how to sing and write vocal harmony, which has become a huge part of my own sound,” she said.

Nashville is a welcoming city for new talent, but it can also eat you alive if you are not prepared for the hothouse mentality of the songwriting sessions, the round the clock production sched- ules and the endless gigging and showcasing – all of which is necessary to just make a living.

Danielle wasted no time once arriving in Nash- ville. She became a gigging musician right out of the gate, learning more than 250 cover songs, across a broad spectrum of genres, pulling in some backing musicians and began working the vibrant club scene along the main musical street in Nashville, Broadway.

In reality, Todd has two full time jobs. The first is as a songwriter and recording artist. The second is as a performer. The second sustains the first. And it’s the way one pays their dues in Music City USA.

“It’s the most insane place to work. But it’s fun, it’s high energy. I am meeting literally thousands of people a day. And I take what I learn and bring it into my songwriting sessions, which usually take place earlier in the day.”

While she pays her dues in Nashville, home is where her heart is and will always be, so Todd is thrilled to release her debut radio single in Canada. Crazy is the opening act to what promises to be an intriguing, fulsome and successful solo career of an exceptional performer who, will undoubtedly make audiences stop, look and listen whenever they hear one of her potently memorable songs.