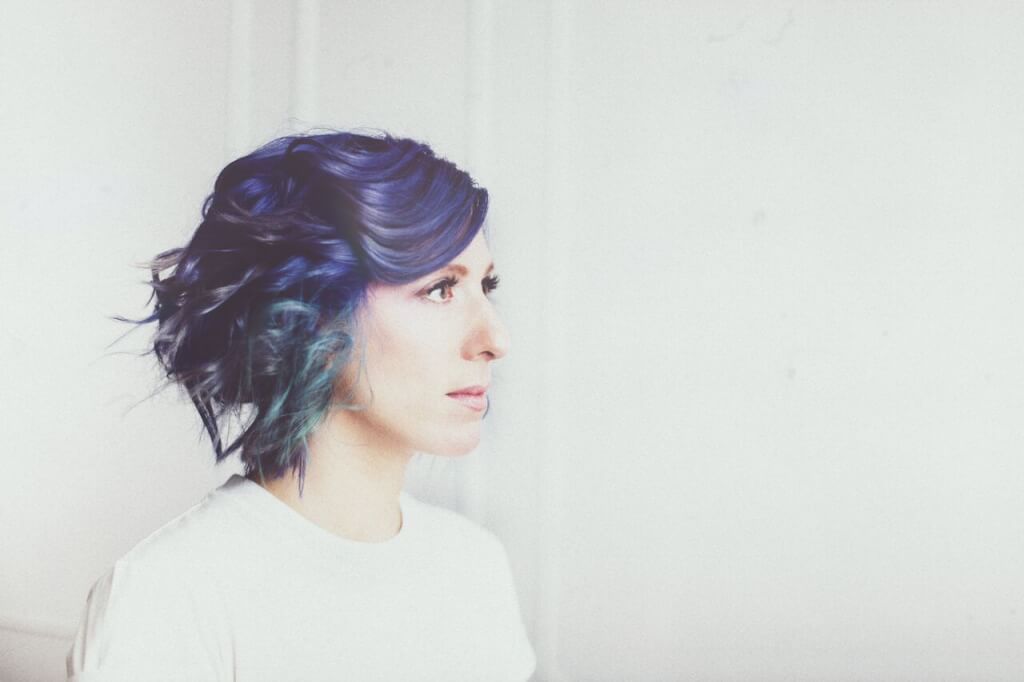 Nova Scotian songwriter, Gabrielle Papillon “Keep The Fire” being released Friday October 13th, 2017. “When you come to your knees / when you hold what you need / you will know what to keep,” sings Gabrielle Papillon near the end of her sixth, most adventurous album. Hear it as a promise, hear it as a mantra, hear it as a weary warning from someone who’s been there—the sweeping and heart-piercing Keep the Fire is packed full of thoughts like this, wise and poignant, empathetic and understanding, open to interpretation.

Jenn: First​ ​of​ ​all,​ ​tell​ ​us​ ​a​ ​little​ ​bit​ ​about​ ​you?
Gabrielle: I live in Halifax, Nova Scotia. I was born in Toronto to Maurice Strasfeld and Celine Papillon and mostly grew up in Winnipeg, and Quebec City. I have three siblings, two of whom (Sam, and Renée) are also in the entertainment industry in musical theatre. Pizza is one of my favourite
foods. Sushi is a vehicle for wasabi. So is grill cheese. I get up at 5:30 a.m. most mornings
when I am home in Halifax to row crew and it is crazy to get up so early but I love it so I do.
Your​ ​sixth​ ​and​ ​most​ ​adventurous​ ​album​ ​Keep​ ​the​ ​Fire​ ​is​ ​due​ ​to​ ​drop​ ​on​ ​October​ ​13th.

Jenn:Can​ ​you​ ​tell​ ​us​ ​a​ ​little​ ​bit​ ​about​ ​it.
Gabrielle: This record has been the most challenging record of my career. It’s also the most personal, which sometimes made it hard to work on. Everything ties into this theme of loss and letting things go and then picking out the things that are important that would allow me to move forward. It’s about the painful agony of making choices and then learning to trust those choices and finding that fire, even when you think there’s no way to actually keep the fire going. Everything about it took time. Writing the songs took years, in some cases. Mixing took nearly a year of so much back and forth between my producer Daniel Ledwell and I, and then additional back and forth with Corey LeRue, who ended up mixing a huge chunk of the record. We went through several different artwork mock-ups and a couple different designers took a crack at it before the genius Louise Mason sent me something that felt exactly right. It’s been a process of careful choices and big, sometimes painful decisions. I’ve never been more proud of or sure of a record than I am of this one.

Jenn: I​ ​listened​ ​to​ ​your​ ​song​ ​”Keep​ ​the​ ​Fire”​ ​which​ ​is​ ​great.​ ​Can​ ​you​ ​tell​ ​me​ ​the​ ​story​ ​behind
the​ ​lyrics?
Gabrielle: This song was one that I wrote in pieces. I actually wrote the lyrics “there ain’t no bitter like the taste of you” for a different song on my last album, and it’s a song I wish we had not recorded, because it never felt right, and we never play it, but those lyrics are so powerful to me. In my head when I wrote them, I heard Johnny Cash’s voice singing them, you know in his late years when he started doing all those anthology covers. I was really channeling that sort of gothic Americana vibe as I wrote. I had bits and pieces of melodies that went with lyrics here and there and they all suddenly fit together with this song. It’s quite dark, lyrically, and the theme or the narrative is dark and foreboding, but there is also a fire to it. I wanted the chorus and the after-chorus to really feel like it was pushing back, like it was a band of people crying out and pushing back against that darkness. Was so lucky to have incredible singers (Jenn Grant, Kim Harris, Jessie Brown, and Sean MacGillivray) in the studio for this song.

Jenn: Can​ ​you​ ​tell​ ​us​ ​about​ ​your​ ​writing​ ​style?
Gabrielle: It really varies. It used to be that I would write constantly and whenever inspiration seized me. While I think listening to that little voice and paying attention to it is important, I’ve been finding that it’s a question of sitting down and making time to finish a song. I have more going on with my career, which is wonderful, but it can easily take over, and it gets to the point where I don’tactually write unless I make time for it. So I make time. I still write when I am inspired, but I also have to make plans to write,whether it’s for myself or to co-write, and that time needs to be free of interruptions and phone calls and emails. I’m very fussy about lyrics. A bad lyric will ruin a song for me, to the point where I won’t want to sing it or hear it. I also love to write lyrics. It’s a puzzle of sorts. Almost always the lyric and the melody come very close together or entirely together, but if something comes first it is always the melody. Melody and a hook are so key. If there is no hook and lyric to grab me, I just set it aside, and sometimes the lyric fits better in a different key or with an entirely different melody. If it’s not write, set it aside, walk away, and if it was really good, it will eventually find a home in a better song.

Jenn: What​ ​is​ ​on​ ​your​ ​current​ ​playlist?
Gabrielle: Depends! I don’t listen to a ton of music anymore. It clouds my head too much and I find it takes up space. But I love film scores, and I usually have a playlist going for runs or really long walks. Lately it’s a mixed bag, and it includes some Lisa Leblanc, Barr Brothers, Feist, Matthew and the Atlas, Jose Gonzales, Ane Brun, Florence, July Talk, Repartee, and I think some Little Scream (I loved her last record). Actually, I’ve got my most recent favourites on Spotify as a playlist and I think it’s songs from all these artists and a bunch more. It’s all songs that make me feel stuff.

Jenn: Do​ ​you​ ​have​ ​any​ ​plans​ ​of​ ​doing​ ​a​ ​tour​ ​after​ ​the​ ​release​ ​of​ ​your​ ​new​ ​album?
Gabrielle: Always! Tour dates are up on my website and tickets for all Canadian dates are at:
https://www.gabriellepapillon.com/shows
UK Dates will take place in November and we’ll be posting those soon as well.