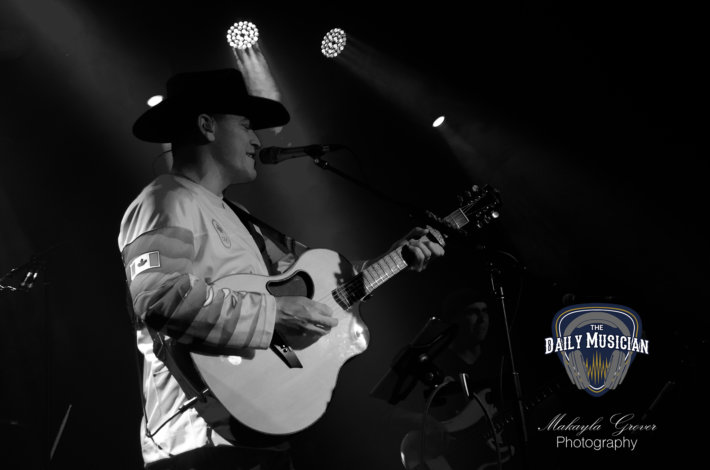 George Canyon held a great show here in Lethbridge on Friday evening. Amy Allred, a new up and coming country artist from Coaldale, AB opened for him covering songs including Dixie Chicks and Sugarland.

George opened up the show with Stompin Tom’s “The Hockey Song” and instantly had the whole bar going.

Throughout his show he had it riddled with Canadian fun facts from his band members including that we created the zipper, gas mask and insulin.

During his song “Slow Dance” he invited the crowd to dance with someone they loved. A couple got engaged during the song, George congratulated them before starting his next song.

George and his band all wore hockey jerseys on stagehand took a few minutes to play some short snippets from famous Canadian artists.

This set had a true Canadian feel to it and it truly is “Made in Canada” tour.