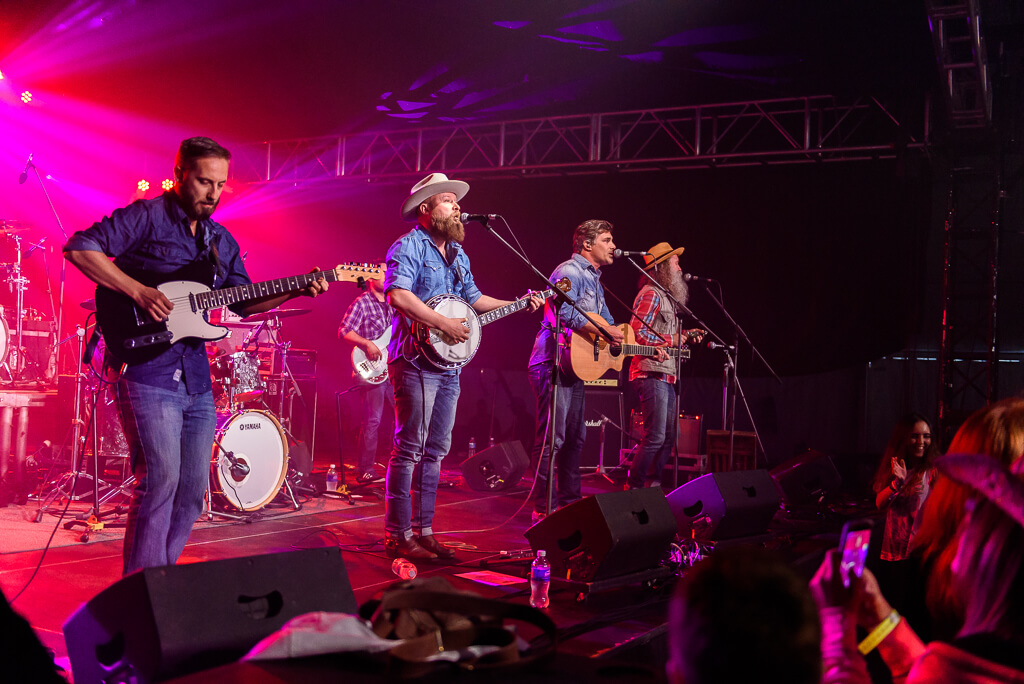 The River Town Saints kicked off the iHeart Radio tailgate party and wowed the crowd with their upbeat rocked out country style. These guys were ready to rock when they hit the stage and their energy was palpable. It’s always a good time when a band gets the crowd singing along. And a little remix of country and hip hop never hurts!

Next up was The Washboard Union. These guys brought the crowd to their feet and on to the dance floor or in this case, the grass field. Having not seen this group live before, it was like Jim Cuddy meets Zac Bown with a side of Willie Nelson; this band is stacked with talent. I’ve always loved the sound of a banjo and a harmonica and when combined they bring you a sound like no other; a real down home southern country vibe.

New to the CBMF line up this year was Kelly Prescott. Her smooth tone and easy stage presence drew the crowd in right from the get go. Her slow ballads allowed the crowd to hear her strong vocals and country sound. And not to mention this girl has some impressive auctioneer skills, as she wowed us with her rendition of The Auctioneer Song!

Ain’t no party like a Doc Walker tailgate party! Standing room only before these CCMA and Juno award winners even took the stage. Clearly the crowd was ready for their upbeat energized performance. A staple in the Canadian country music scene, these guys did not disappoint. Rain and cool temperatures could not keep the die hard country music fans away.