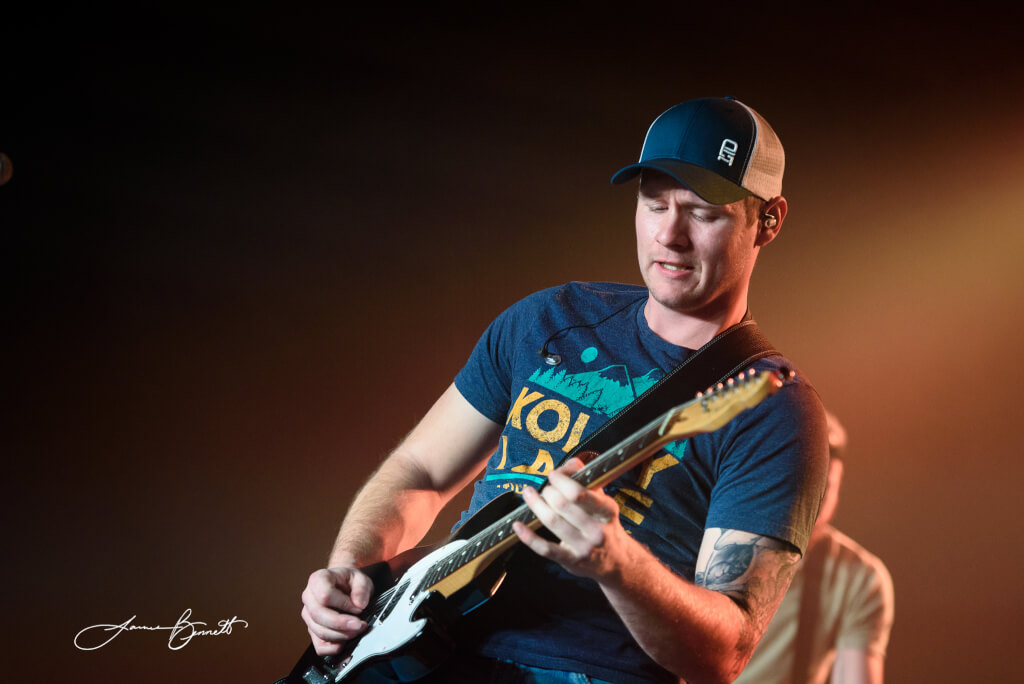 The James Barker Band were touring with one of Canada’s best country acts, Tim Hicks, during his east coast stops of his Shake the Walls Tour. Most recently the James Barker Band were in Moncton and Halifax as part of the Road to Cavendish Series sponsored by Cavendish Beach Music Festival. For most people this would have been the first opportunity to witness the hitmakers of Lawn Chair Lazy live. I was lucky enough myself to witness this band perform during the CCMA music week in London Ontario and fell totally in love with their strong smooth vocals and the live performance. At CCMA Music Week I witnessed them perform a certain cover song and I was hoping that they would cover it again in Halifax. Well I was not disappointed as they performed “Lose Yourself” by Eminem and I witnessed fans lose their minds. We cannot forget they also performed many of the their original hits that are charting radio. The James Barker Band have a bright future ahead of them as talented musicians and performers. They left the east coast I am sure with many new fans. Fans were also excited to learn that they would be returning to the east coast to perform at the Cavendish Beach Music Festival this summer. Here are a few photos of their Halifax show sponsored and hosted by Russell and Amanda from FX101.9 Country Radio.