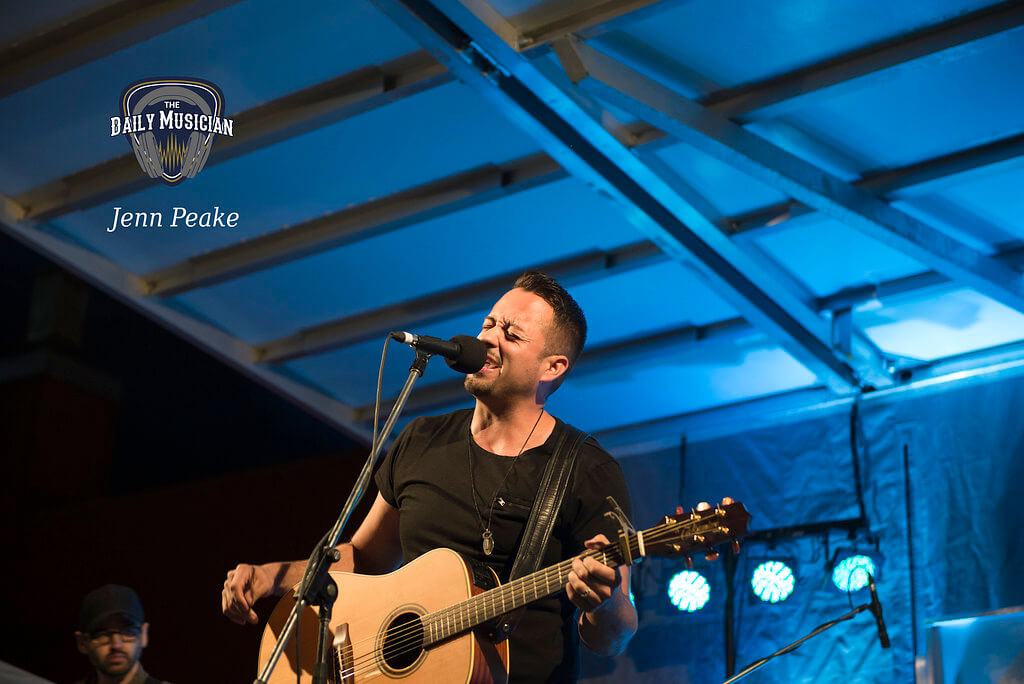 How does someone get from Fox Island River, Newfoundland (pop. 198) to Nashville? The best person to ask is Jason Benoit, one of Canada’s fastest rising country stars. With his undeniable talent as a singer/songwriter, combined with his magnetic stage presence and devotion to his growing fan base, Benoit has already defied the odds.

When music is all you’ve got, you put your entire heart and soul into it. Whether he’s alone with his acoustic guitar and a pen and paper, or on stage in front of thousands, making a connection with listeners is all that matters to Benoit, and that will never change.

We caught up with Jason at the Cole Harbour Harvest Festival in Cole Harbour, NS on Saturday September 9th.

Jenn: How has your summer been?
Jason: It’s been busy, doing shows all across Canada. I got to spend a bit time a couple weeks ago over in PEI with my family on vacation. I got to experience both sides of travel this summer, work and pleasure.

Jenn: Any specific highlights of the summer?
Jason: A big one was I played “Rock the Park” in London, Ontario, which is a really big show, it’s a new festival over the last couple years. It has become really big, I was the only Canadian act. It was a pretty exciting experience for sure.

Jenn: Who were some of the acts?
Jason: Lady Antebellum, Kelsea Ballerini and Brett Young.

Jenn: Your new digital album “Waves” came out in June, how has that been going?
Jason: It’s going good, I mean since I started putting out singles in 2013/14 its cool to finally get a full album out there for the fans.

Jenn: Do you have any plans for next year?
Jason: well, for the rest of this year we will be doing some recording, new material. So we plan on releasing some new music in the new year.

Jenn: Anything else you would like to add?
Jason: Keep thanking everybody for the support. East Coast small town kid doing what I dreamed of, it’s only because of fans and media folk like you guys, pushing me and helping me. Thank you for all the love and support.

We got to photograph and watch Jason’s performance at the festival. He put on a fantastic set. We are looking forward to his new music coming out. To hear his music and follow him check out his information below.