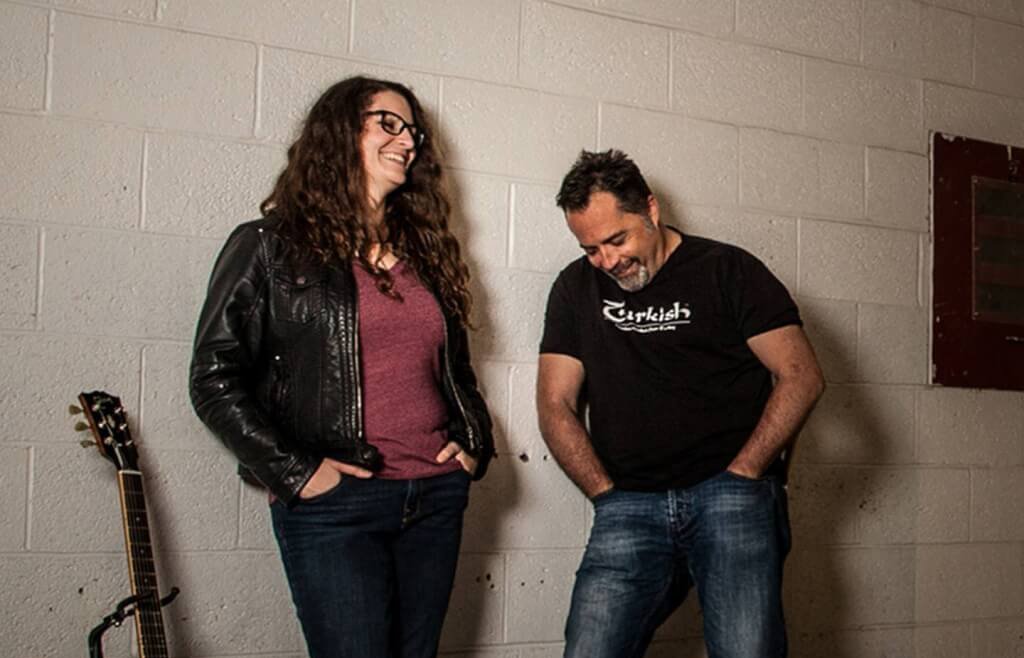 The Kendra Gale Band, based out of Southern New Brunswick, have been kicking and screaming their way around the Atlantic Provinces, Quebec and Ontario playing house concerts, night clubs, showcases and festival stages for the last 4 years. This dynamic and diverse Blues/Rock duo packs a punch! Kendra Gale’s full and powerful vocals and riffy guitar style is driven by Warren Beatteay’s hard hitting, groove based drums that combine to project a full sound while playing their own style of Rockin’ music. It’s a sound that’s gained them no shortage of fans and accolades across the province and country, including two nominations for ECMA Blues Album of the Year, and a CBC Galaxie Rising Star Award at the Harvest Jazz and Blues Festival.

“Kicking and Screaming” is not only the 3rd Kendra Gale Band CD, but it marks the first project the two have played on together. All 16 original tracks were recorded live off the floor at Lakewind Sound Studios in Sydney Cape Breton with very little in the way of overdubs or effects. Kendra and Warren wanted to do their best to capture what fans will experience when they perform live. They hope you enjoy it!

Kendra: My name is Kendra Gale, I play guitar and sing for the Kendra Gale Band. When I got into music I started on drums, then started to teach myself guitar a few years later when I wanted to start writing.

Jenn: You dropped your new album in April, How has that been going?

Kendra: Really good, there’s been a lot of great feedback about it, everyone seems to like it. That makes us happy because it is the best representation of how we would sound live. A lot of the cd is live off the floor beside a few extra vocals and claps.

Jenn: Your new single is “All You Do”, Can you tell us what it is about?

Kendra: Its basically about someone thinking that they are way above others and that they can push anyone around and step on whoever they feel like, but the ones the step on could realize that if they just join together they can be bigger than the hateful bullies.

Kendra: There aren’t any specific people I look up to for guitar or style, I like to listen to a big variety of music. Some singers that I look up to though are Ann Wilson, Grace Potter, Lizzy Hale and Freddy Mercury. I’m sure there’s more but those are the first to come to mind.

Jenn: Can you tell us about your writing style?

Kendra: What I’ve been doing lately is listening to songs I love and writing lyrics to their melodies, and after a while when i go back to those lyrics I’ll forget what songs I wrote them to and I’ll have to come up with music to fit.

Kendra: We are hoping to make it over to Newfoundland and maybe out to Ontario again.

Kendra: Just thank you to everyone that listens to our songs, has gone to a show, bought a cd or just love and support us in all we do. We love you so much and wouldn’t be doing any of this with out you!