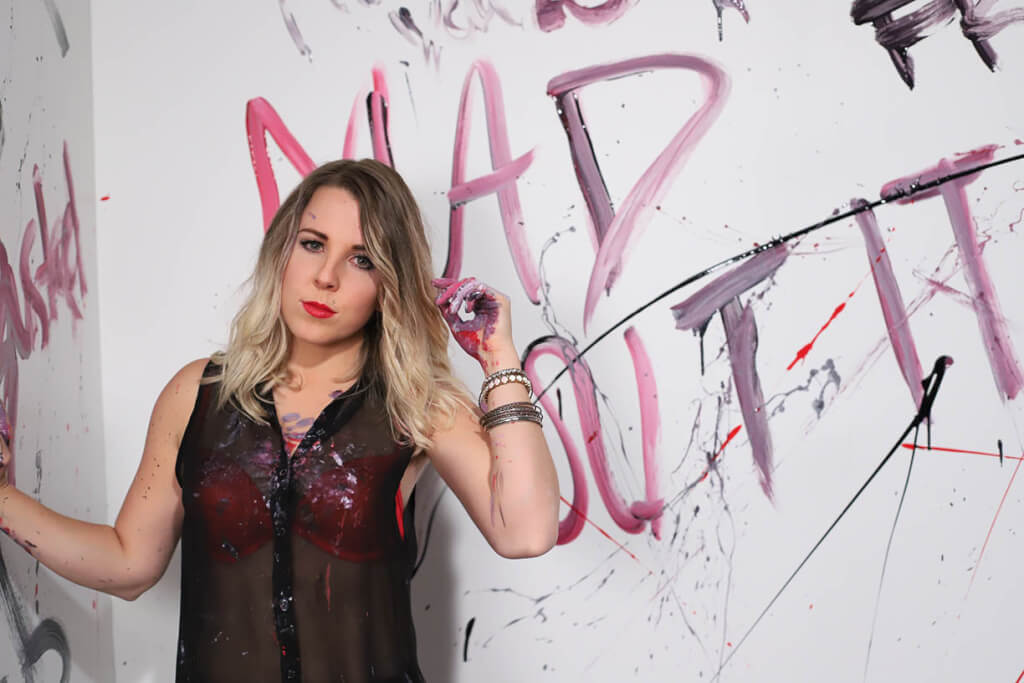 Award-winning Canadian country music artist Lisa Nicole is excited to announce the release of “Mad About It” to Canadian radio along with an accompanying music video in conjunction with a tour that will take her from Kootenays to Toronto before winding up in Nashville.

I had the chance to chat with Lisa Nicole about her new single, plans for the summer and more.

Tell us a little about you?

A few things that sum me up are country music, country gal, Crossfit, coffee and my kitties! I live in a small town in BC, where I spend a lot of time outside, hiking, camping, fishing, and horseback riding. Two things I do daily – aside from music – are fitness and coffee. I love my health and wellness – and my two cats Carlos and Leonard.

Tell me about your new single “Mad About It”?

“Mad About It” was partially inspired by a personal experience.

My entire EP, Come Find Me, is about going through heartbreak and falling backin love. This song, in particular, was from the heartbreak era. Unfortunately, I was cheated on, as has happened to many others, and naturally I got really mad about it, and wrote a song! Olivia Wik and I co-wrote this song within a couple hours after connecting at the CCMAs in Edmonton. It was one of those songs that just poured out!

You sang “We Were Us” on stage with Keith Urban. How was that experience?

Incredible!! Even when I think about it now I still get that feeling of “Did that really happen?” It felt like a dream, and it was… a dream come true. Keith Urban is one of my favourite male artists. The funny thing is I’ve been singing that song in country bars since it came out, so I was prepared. We had so much fun up on stage and he was so genuine and welcoming. You can watch the video on YouTube!

Growing up it was Shania Twain – I listened to her Come On Over CD on repeat! The Dixie Chicks, Dolly Parton, and Janis Joplin’s rock edge! I also grew up loving a few pop artists like Christina Aguilera and Beyoncé for their vocal control. In 2005, Carrie Underwood and Miranda Lambert came on the scene. Ever since then I’ve been strongly influenced by Miranda’s real country stories and Carrie’s power vocals.

How did you get into the music industry? Inspiration?

I’ve never pursued anything else in my life. After high school, I went straight to music school and in 2011, I moved to Vancouver to record my first EP. I would say my first “in” would be when I had a consultation with Rob Pattee, a booking agent and manager. He suggested vocal lessons with Judith Rabinovitch and her husband was a producer, Bill Buckingham. I am so grateful to have worked with and have those people in my life. They have done a lot for me and I love them all!

If you could collaborate with anyone, who would it be?

Well, I’m still waiting for a duo with my friend, Chris Buck! Chris and I have been good friends since we both started out. It’s been amazing to see him evolve and I love his songs. Outside of Canadian artists – ironically, Keith Urban is still #1 in my books. His songs are always so feel good and pure. I am also digging a few new artists, like Brothers Osborne. They’ve got a really cool sound.

You are headed back to Nashville this spring. What are your plans there?

I am focusing on songwriting every day and playing shows at night. I will have a full schedule of music! A few songwriters I will be writing with are Dave Pahanish (“Without You” – Keith Urban), Phil Barton (“A Woman Like You” – Lee Brice), Brian White (“Watching You” – Rodney Atkins) as well as Bruce Wallace and Patricia Conroy. I’ll have weekly shows at The Row and a couple of house concerts at It’z All About Z Music in Franklin, TN. I will also be dropping by to play the Bluebird Café, of course!

What are your plans for the summer?

I will be in Nashville until mid-summer and am planning to be home for a Canada Day Show! I am also looking forward to the Kootenay Country Music Festival in July – where I will be performing and MC’ing the 3-day festival! Following that – more shows!

What is on your playlist these days?

OMG – “Perfect” by Ed Sheeran – I love his songwriting! Also “Million Reasons” by Lady Gaga, “Despacito” by Luis Fonsi, Daddy Yankee, and Justin Bieber. I am really loving Brett Eldredge and Brett Young these days. On the Canadian side – Meghan Patrick’s song “Country Music Made Me Do It” definitely hits home.

Any plans to come our way anytime soon? (Nova Scotia)

I love it out there!! It’s such an amazing place to be. I’ve played in Halifax twice now – two shows at The Split Crow Pub and also a showcase at the CCMAs. The people there were dancing and singing, it was so much fun. I got to be a tourist too and walked the beautiful boardwalk, even did some busking there for fun! I don’t have any set plans to get back there at the moment, but if I decide to do a tour in September following the CCMAs in Hamilton, that might be a possibility!

Is there anything else you would like to add?

Thank you for featuring me! Please check out the new music video for “Mad About It”. It was a fun and messy video to produce. It’s nice to have this song out to Country radio in Canada, so please request it on your local radio stations! You can also visit me at the following links and social media handles!