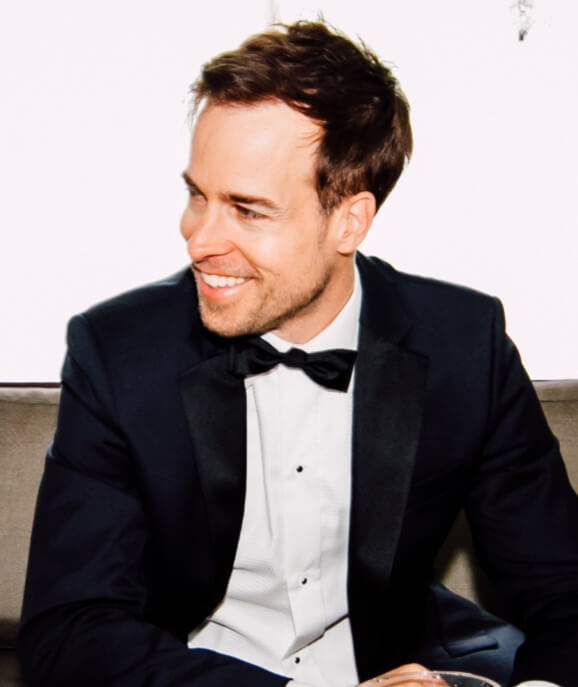 I had the chance to chat with Luke about his new album, tour and all his plans for 2019. Below is our interview:

Jenn: Tell us a little about yourself and your new album.

Luke: I’m from Brandon Manitoba from a family of doctors & mathematicians.  No-one in my family has any musical inclination whatsoever.  I have no idea where it came from but when my dad came home from a lecture in Detroit with a stack of vinyl…I became obsessed with the infectious Motown grooves I heard and that was it for me.  My friends thought I was crazy but my family were always supportive.  In every band, I was in whether it was a Motown cover band in Winnipeg, McMaster & James, or busking on a street corner in Winnipeg, I was always heavily influenced by classic soul and Motown.  For this latest album Icons Of Soul, I still can’t believe what happened.  I was given the opportunity of a lifetime.  To work with some of the legends of Motown to not just be influenced by, but to work WITH them on this record.  Lamont Dozier was responsible for the music of the Supremes, The Four Tops, wrote and produced for Marvin Gaye…he’s an absolute legend and we worked hand in hand on this album.  My Life Is A Song, the lead track is about his life growing up in Motown and how much he contributed to the world of music as we know it.  I’m just so excited to be able to share this journey in my live shows.

Jenn: Tell us about your songwriting career and style?

Luke: I’ve had a very interesting songwriting career starting when I was a kid listening to Motown records and trying to emulate that style.  Although that style permeates much of my music I have written songs for a lot of other artists as well including Rihanna which was really wild.  She is a true talent and has a ton of soul so that was a great fit.

Jenn: Who are some of your musical influences?

Luke: Marvin Gaye, Stevie Wonder, Daryl Hall, Sam Cooke, Otis Redding…just to name a few.  I am very attracted to soulful voices and these guys are among the greatest.  They all sing in a similar range to me as well which is part of the reason I think I gravitated to their music.

Jenn: If you could collaborate with any artist, who would it be and why?

Luke:  Stevie Wonder. Hands down.  Songs In The Key Of Life really changed my whole perspective on music and what was possible.  I’m hoping to shoot an episode of my documentary series “Icons Of Soul” with Stevie…. it’s one of my life goals!

Jenn: You kick off your Maritime tour February 1st, tell me a little about that and what’s your favourite part of the East Coast?

Luke:  I’m really looking forward to getting back out East.  Ever since I toured coast to coast with McMaster & James I’ve always had a soft spot for Maritimes.  I’m from a small town in “friendly Manitoba” (that’s actually on our license plates) and I know it seems like a generalization but I really do love the people…I just find that there is a sense of community wherever I go.  I’m also addicted to Lobster Rolls but that’s a whole other story.

Luke: I have a ton of work to do with the release of my album and the Icons Of Soul documentary that comes out along with it.  The story of how we worked with Lamont Dozier is one of my life’s passions right now and helping nurture his legacy is very important to me through touring and spreading the word about this unsung hero.  Everyone knows his music but very few people know his name and I hope to change that!

Luke:  I hope to see you at one of my shows.  It’s a really special evening of music and stories.  I will be showing clips from this documentary which I know everyone will absolutely love to see…it’s a sneak peek and a once in a lifetime experience that needs to be shared!!