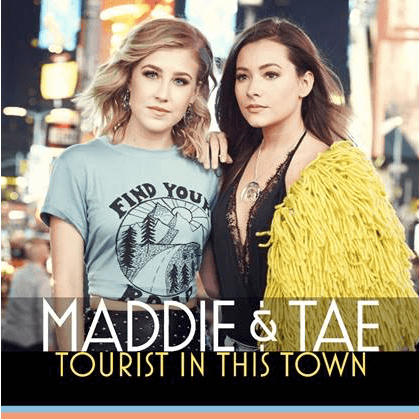 Listen to “Tourist in this Town” HERE

Much to the delight of the fans, this marks the third song from the award-winning pair since signing with Mercury Nashville. “Tourist in this Town” follows digital release “Die From A Broken Heart” and current radio single “Friends Don’t.”

Maddie & Tae recently earned a Duo of the Year nomination for the upcoming 54th Academy of Country Music Awards making it their sixth career nomination from the ACM. Tune in April 7 for the broadcast live from Las Vegas on CBS at 8pm ET.