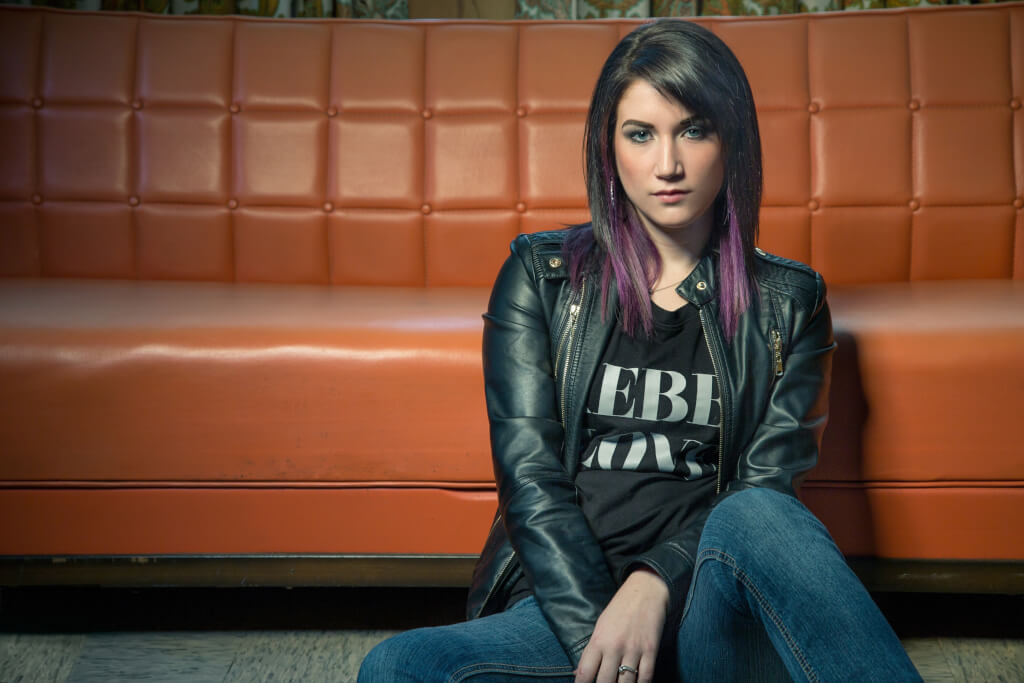 Nicole Rayy ready to release debut album, “Dig” this Fall!
Sarah had the chance to chat with County artist Nicole Rayy fresh off her
performance at the World Music Festival in Shanghai, China. See what they
had to say!

Sarah: Hello, and thanks for taking the time to chat! How was your trip to
China? I read that you just returned from performing at the “World Music
Festival” in Shanghai! Was that your first visit there?

Nicole: It was amazing! It’s such a beautiful country with an amazing
history. It was actually my fourth time visiting there and my second time
performing. My parents were actually living out there for a little bit, so
when I was visiting them, that’s when I found out about the festival. So,
I played there last year, and luckily enough they liked e enough to ask me
back this year!

Sarah: So does the World Music Festival display various genres?

Nicole: It’s a great festival because there’s so many different kinds of
music. Every band brings something completely different.

Sarah: You’d think in a country like China, that they wouldn’t have that
kind of music festival.

Nicole: Yeah, I was really surprised. There was a lot of genres playing
there, but I had no idea that they were such big fans of country music.
The crowd response was amazing.

Sarah: Congrats on the release of your debut album, “DIg!” How long did it
take for this project to be completed?

Nicole: We actually started back in 2014 down in Nashville doing some
co-writing. So that was the beginning of the process in writing a bunch of
tunes down there, and then I came back to Toronto and started to sort
through the tunes and try to decide what would be on the record. Then, we
started recording in 2015 and it was also finished in 2015, besides the
graphics that were done earlier this year. I’m just really excited to get
it out because it’s been such a long time coming. It’s been ready for a
while now, so I’m excited to hear about what other people think as well.

Sarah: Do you have any favorite songs from “Dig?”

Nicole: I feel like it’s always changing. When you’re putting an album
together, it’s like your baby. You love and put so much work into each
song. Like one week, I’m like “OMG! I love this one!” Then a week later
it’s like “Nope, I definitely love this one!”

Sarah: To those who haven’t heard your music before, how could you best
describe it to them?

Nicole: I’m best described as “Country/Pop.” I love country music in the
storytelling aspect of things. My songs are very reminiscent of a
storyteller, as if the lyrics came right from the pages of my own diary. I
love other genres like pop and rock as well so there are definitely
elements of them as well, especially when it comes to the instrumentation.

Sarah: Do you write your own music, or are you open to working with
collaborators?

Nicole: For my first EP, I did the writing on my own. For this album, I
was really fortunate to be able to work with some amazing writers. I was
even fortunate enough to work with Patricia Conroy for one of the songs on
the album. It opens up your eyes so much when you work with other people.
It was great to share ideas with them, and vice versa.

Sarah: What was it like to work with Doug Romanov?

Nicole: It was amazing! He’s such a great producer. We got along so well
and I felt he really understood my vision for the album – what I wanted
and where I wanted to go with it. We just clicked so well. Every step,
every process of making this album together was a pleasure. He’s been
doing this a long time and I was so pleased that he wanted to work with me
on this project.

Sarah: I read that 100% of the proceeds from your upcoming album release
will go to support the Manitoba Neurofibromatosis Support Group? Why did
you choose this particular organization?

Nicole: My manager who is from the Winnipeg area has a nephew who suffers
from NF. I’ve heard several stories about him having to get so many
surgeries, and about the pain that he’s suffered as a nine year old, which
is awful. One of my closest friends’ grandfather also suffers from NF.
It’s actually a disease that not too many people know about. I just wanted
to do this to raise awareness. There are so many diseases out there
people just don’t know about, or have any information on. Anything I can
do to help, or give back I love to do. Especially musically as music
really brings people together.

Sarah: Will there be any extensive touring after the album release?

Nicole: After the release I am gonna be moving to Winnipeg and working the
bar circuit every weekend. I’ve been working with some amazing musicians
out there and just to be able to work with them closely and rehearse with
them everyday will be great. I’ll also head down to Nashville this winter
to do some more songwriting.

7. Drive Until I Forget You

8. Done with This Town