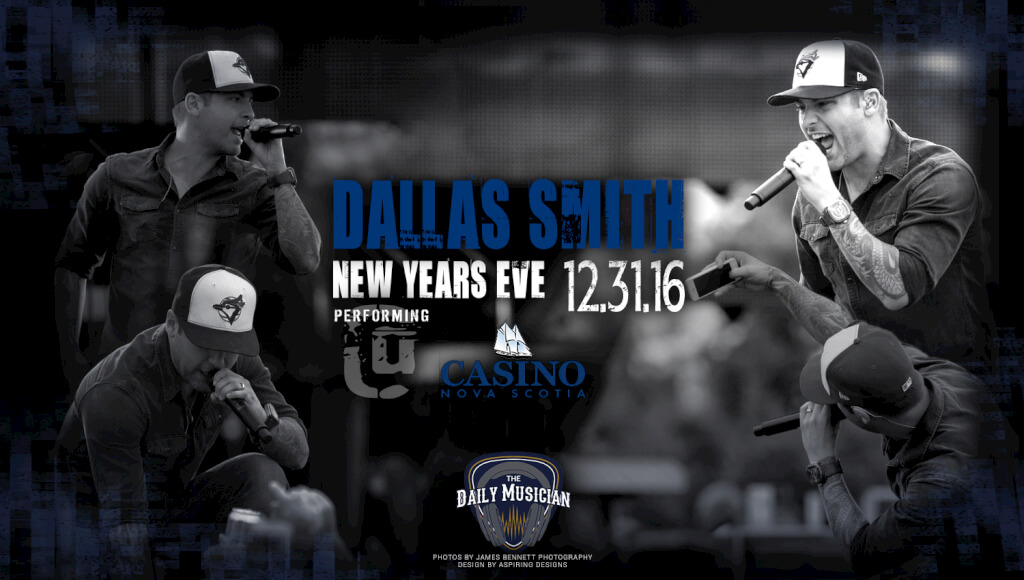 Dallas Smith is an artist who knows more than a little about the increasingly narrow divide between rock and country music, having scored hit singles in both genres. He was raised on a steady diet of both rock and country. When Smith was 23 he joined Default, a hard rock band with grunge influences based in Vancouver. Default’s 2002 debut album, The Fallout included the song “Wasting My Time,” which became an international hit single and pushed the album to platinum status in Canada and the United States. Default went on to release three more albums, but after 2009’s Comes and Goes, Smith became interested in a solo career as the group went on hiatus.

Influenced by acts like Rascal Flatts and Keith Urban, who were mixing classic rock sounds with country, he launched into the country market. After Smith landed a solo deal with 604 Records (distributed by Universal), he dropped his first solo single, “Somebody Somewhere,” in November 2011. Released from Smith’s album Jumped Right In, the single was nominated for the Single of the Year award at the 2012 Canadian Country Music Association Awards. Two other singles from the album, “Nothing But Summer” and “What Kinda Love,” rose to the Top Ten and Smith’s new career was on its way. Following that Smith released a six-song EP, Tippin’ Point, which included a US release by Republic Nashville. Smith’s second solo album, Lifted, which included two songs that went Top Five on the Canadian Country Singles chart, “Lifted” and “Cheap Seats,” and, “Wastin’ Gas”, which went to number one. The Lifted album was edited to an EP for a second US release, and in September 2015 the Republic-distributed Blaster Records released a new song in the United States, “Kids with Cars.”

Dallas is steadfastly his own performer, forging his own identity both on record and on stage, and standing out thanks to a blockbuster voice. His latest single “One Little Kiss”, is quickly climbing the charts in anticipation of the new album “Side Effects” releasing this September.

Tickets available by phone at the Ticket Atlantic Box Office, (902) 451-1221; in person at all participating Superstores and Casino Nova Scotia; or on-line at www.ticketatlantic.com

Ages 19 years and over