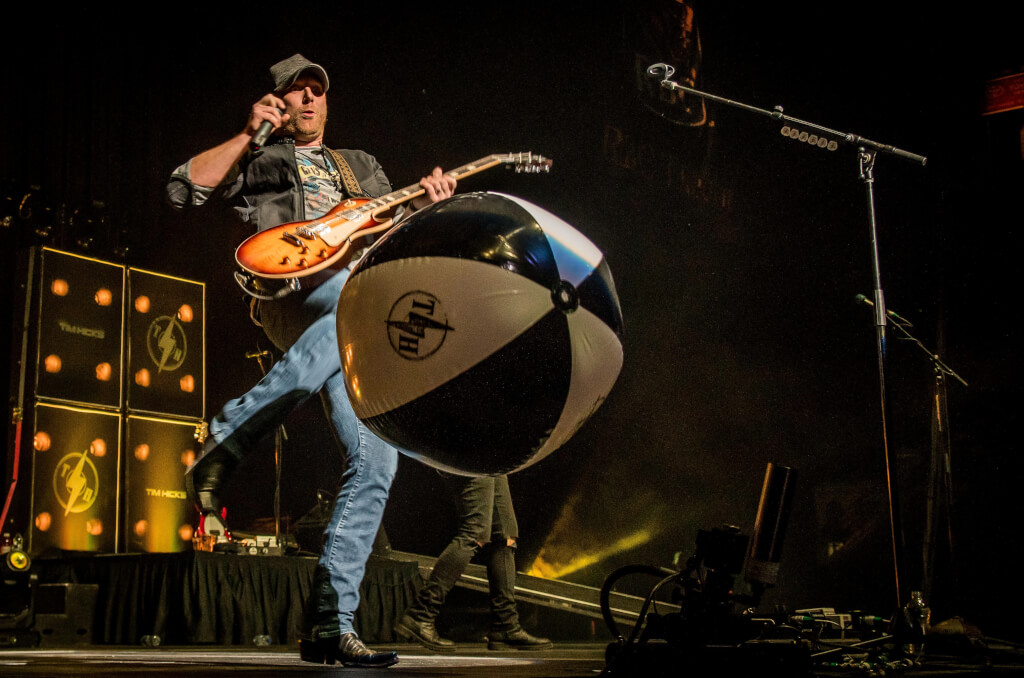 Tim Hicks’ Shake These Walls Tour is about to hit the Eastcoast. Hicks is performing tonight in Sudbury, Ontario before heading to Moncton on January 27 and completing his tour in Halifax on January 28th.

Since we were lucky enough to have Photographer, Bill Woodcock, capture some highlights from Hicks’ stop in London Ontario we thought we would share with you what you can expect.

Tim Hicks had been travelling with many artists on his cross country tour which started out West with Co-headliner Chad Brownlee. During his stops in Central Canada Hicks had Jason Blaine and River Town Saints with him. Trust me all great acts. However when Hicks hits the Maritimes he will have the super talented and super fun James Barker Band with him. This show is part of the Cavendish Beach Music Festival Road To Cavendish Series sponsored by local country radio station FX101.9.

Here is what Bill Woodcock had to say about the show last night.

“Tim Hicks shook the walls and blew the roof off the RBC Theater at the famed Budweiser Gardens in London Ontario.”

“Jason Blaine brought out the Country Side in all of us!”

“River Town Saints lit up the stage at The RBC Theater inside Budweiser Gardens like a Bonfire.”

“It was great to see Tim Hicks playing the big stage at Budweiser Gardens as the headliner when the Shake These Walls tour rolled into London ON.”

Here are some great photos captured by Bill Woodcock:

I know one thing for certain is that I am looking forward to photographing this show.

Special thanks to Bill Woodcock for sending The Daily Musician this photos.