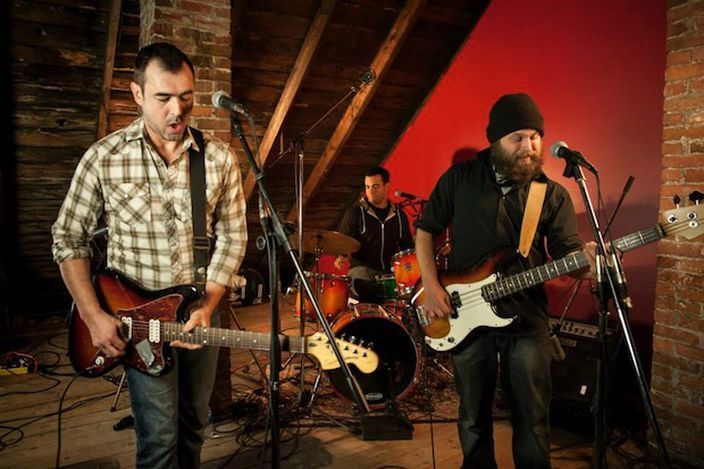 Slowcoaster has released a new single, “Falling Satellites” in advance of their upcoming album due out in early 2016! The band also announces Maritime & West Coast Tour Dates for December 2015 .

Slowcoaster is a fan-driven phenomenon across Canada with a reputation built on great music, extensive touring, and a visceral connection with its audience, thrilling fans and creating new believers with every show. Slowcoaster consists of Steven MacDougall (vocals, guitar); Mike Le Lievre (vocals, bass guitar); and Brian Talbot (vocals, drums).

Slowcoaster is the recipient of multiple ECMA and Music Nova Scotia Awards including an ECMA for Alternative Album of the Year and a 2011 Music Nova Scotia Award for 2012 Group of the Year for their previous recording “The Darkest of Discos.” Over the years, they have performed all over Canada, popping up at events ranging from The Evolve Music Festival to the Vancouver Jazz Festival.

In addition to a robust performance schedule and multiple side projects, the trio is working on its 7th recording project with a new studio album due out early 2016 that will be sure to deliver more of the band’s signature funk rock, with solid songwriting and gripping vocals described as the “thinking person’s dance music.”

Slowcoaster has  toured Canada, Japan, and China. This December 2015, the band rocks it again with holiday shows throughout the Maritimes and a special New Year’s Eve show for their many fans in Grand Prairie AB.

“You never know what kind of rhythm you’re going to get, except that all of them make you head to the floor to join in the energy.” Bob Mersereau, CBC