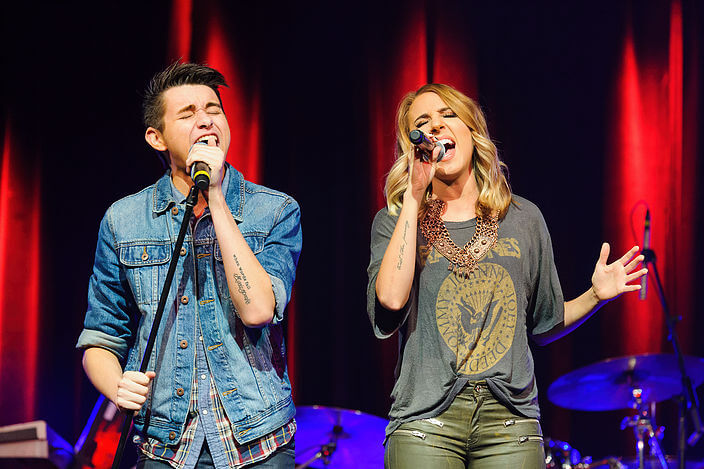 The talent keeps rolling into the Casino, NS with Emerson Drive.  But before this hot country group performed,  two stellar musicians commanded the stage.  The night started off with the stunning Heather Longstaffe. She performed a few of her newest tracks. Her performance looks so effortless and music seems to just flow from her . Not to mention her fantastic vocals.  I have been to many performances at the Casino and the vocals and sound this tonight could not be topped.  Young country music heart throb Jordan McIntosh took the stage behind Longstaffe.  Although, just legal age to perform in the casino his show was as if he had been playing for a decade.  His stage performance , interaction with the crowd you would think he had been playing as long as George Jones.  This young musician will be one to follow over the coming years.  He played a number of songs and eventually Longstaffe came back on stage to perform a song that they co wrote together.

Finally, the fans were treated to the season performers Emerson Drive. Their show is flawless.  They have been playing for crowds for many years now and continue to thrive with new music after new music.  Their energy was high as if performing their first show.  Emerson Drive played many fan favorite tunes as well as some new singles just released.  This was their lost stop on the tour. It was great to see a tour end on the Eastcoast where normally most bands tend to start off.  All these bands, artists, and musicians continue to lead up this years Canadian Country Music Awards being hosted right here in Halifax, NS.