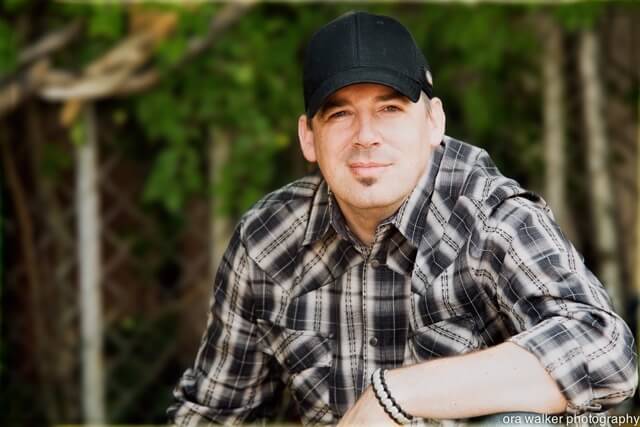 Recently I had the pleasure of talking with Andrew Frelick about his growing momentum on the music scene and was lucky enough to find out a little more about him and his upcoming performances. He has definitely been busy performing at a number of venues, and when asked what he has been doing in the last few weeks, he told me about his recent trip to Nashville.

Because of the success of his song, “Spread Some Good Time Around”, he was asked to perform during CMA Fest 2015 in Nashville, Tennessee. Initially scheduled to perform on one stage, by the end of the festival, Andrew was asked to perform at three different venues. He made sure to express his gratitude to Bobby Golomboski (The Iceman), KORE PR and NStyle Country Magazine for making all this possible and stated that “playing these sets during the biggest Country Music festival of the year was a huge honor for sure!” He also was pleased to be asked to accompany a “terrific singer”, Jordyn Beatty, as a guitarist.

The very next week, he flew back to Nashville – this time, going into the studio to begin recording his upcoming debut album. He worked with producer Chip Hardy at The 515 Studio. While he was in town, he also had the opportunity to join The Jon Q Band on stage at the Hard Rock Café. Shortly after, he was back in Halifax to play at Casino Nova Scotia with his buddy, Kevin Davison, who he “loves getting the opportunity to play guitar for.” Consequently, I asked him if he had any time for hobbies. He lightheartedly replied, “Outside of music now it is just work and family time…nothing else really..barely have time for sleep currently.” – followed by a chuckle.

I also discussed with Andrew about some exciting announcements and upcoming venues he will be performing at. He said that the biggest announcement for him, personally, is the release of his album later this summer, called Time Stands Still. He will also be performing with Kevin Davison, as a guitarist, at the Cavendish Beach Music Festival in PEI this week. Then, he will have the opportunity on Friday, September 11th to play a solo set on the “Diamonds in the Rough” stage at the Delta Halifax during CCMA week. With the continued success of his song, Spread Some Good Time Around, he also was recently nominated for two awards on CountryBlastRadio.com’s “The Josie Show”, and will be back to Nashville on September 27th to attend the award show.

Andrew’s enthusiasm and drive for making music started at a very early age, when he was given his first guitar. He began playing and singing his favourite songs. As he got older, his love of playing evolved into performing with bands, and as a solo artist. He also thinks that being raised in a musical environment of family and friends also fed his desire to get into the music scene.

Growing up, Andrew explored many different types of music – trying to discover where he fit into things. He started learning AC/DC albums inside and out, and then quickly discovered The Eagles, Led Zepplin, etc. But with his family environment of country music being so prevalent, he shifted to people like Garth Brooks, Keith Whitley, Randy Travis – actually anything 80s/90s country at that time, but mainly these ones.

According to his bio, “Andrew decided to take his knowledge of music to the next level and completed an International Baccalaureate Program of Classical Music with honours. After its completion, he was accepted into Berkley Music College in Boston, but instead decided to focus on his music career.”

When asked if he would ever consider crossing over to other genres of music, he said, “I perform and play lots of genres of music in various acts I play with, but for me I will always record country music. Actually, being a pretty traditional country lover, you will never see me playing the so called country-pop…just not my ‘cup of tea’.” He has been told that his style of music is modern country, but he definitely plans to keep traditional roots in his music that spans traditional country and even traditional blue grass. Also, as a guitarist, his music is pretty heavily guitar-centered compared to a lot of country music.

Andrew’s talents don’t stop with his solo career, but he extends them to other artists. For example – playing as a regular session guitarist for Kevin Davison. “He’s a great guy and has some fantastic songs. I love playing and hope to continue playing with him as often as I can. Not as often as in the past, but occasionally I still play a few shows with my cover band Tailgate which has always been a lot of fun as they are a great bunch as well.” He has also played guitar for other artists such as Campbell + Green, Aaron Pritchett, TJ King and Carroll Baker. As I previously mentioned, during his recent trip to Nashville, he was “privileged enough” to accompany an up-and-coming female country artist, Jordyn Beatty. “I’ve always been a proponent for an artist being in multiple bands,” Andrew explains. “Playing with various artists, if they can make the scheduling work …I think it only makes you a better musician and every artist can use the additional support.” When asked if he could have the opportunity to perform with any one person or group in the future, who would it be, he unequivocally said the “Eagles”.

Andrew has definitely gained popularity over a short period of time with increasing momentum, and from the live shows I’ve seen, it is greatly deserved. His love from the crowd is quite obvious during his performances – with people dancing, cheering, and singing along. There is no doubt he is a crowd pleaser. With his rich vocals, incredible guitar skills, and comfortable manner on the stage, he performs like a well seasoned professional. He “feels truly blessed and…humbled” with his current success, and tries “to take it in stride and focus on one thing at a time”.

In response to the question, “What do you think your biggest break or greatest opportunity has been so far in your musical career?”, he seemed to have already considered his answer: “So far I would say it was submitting my song “Spread Some Good Time Around” which was written by Doug Folkins and Ryan Hydro to an online radio station called “Best Country Radio”.” SSGTA quickly climbed The Iceman Show Top 40 New Artist Countdown charts and, still today, is #19 on the charts. This chart and The Iceman in particular has really got the ball moving quickly on opportunities for me.” SSGTA also helped Andrew finish as a regional semi-finalist on CBC’s Searchlight 2015 – a contest designed to discover Canada’s best new artist.

Currently, Andrew says he has no expectations for his career. For him, that is the key to everything. He loves playing music and that’s the bottom line. Where that takes him and what comes from it all, he considers a blessing and a great reward. He says,”I certainly do not feel entitled to anything coming from it…I guess I just hope I get to take my music to a larger audience…that would be my hope for the future.”

As previously mentioned, Andrew’s new album, TIME STANDS STILL, comes out later this summer. Andrew has penned many songs, and has become a part of the writing process for his new album. “5 of the 6 songs on the album were co-writes with Doug Folkins…so he is definitely the main input from a songwriting perspective. 3 with me, and 1 with Codie Prevost – who everyone in Canada will recognize – and 1 with Ryan Hydro. Codie and Ryan are also great songwriters and it’s a privilege to have both of them as well as Doug writing on my album. The 6th song is a co-write with my mother, Deborah Frelick, who is a talented writer as well. So although I write on 4 of the tracks. Doug has me beat being on 5,” he says with a smile. Andrew has said that he doesn’t have a favourite song on his new album as each one has its own story, meaning or something that has come from it to make it special for him. His fans are excited for the release of his album, and have expressed this in a number of comments throughout social media.

In closing, I asked Andrew: If he could say one thing to his fans, what would it be? At a loss for words, he replied, simply, “Thank you for all your support.”

Make sure to look for Andrew’s currently released singles, “Eyes of an Angel”, “Chevy Car”, “Spread Some Good Time Around” and “Without You I’ve Got Nothing” available on country radio and digital download partners including iTunes. If you would like to keep up to date on the current news and concert dates for Andrew, you can go to his official website,www.andrewfrelick.com or follow him on Facebook, Twitter and Youtube.

For a full list of events, go to Andrew’s Event Page.