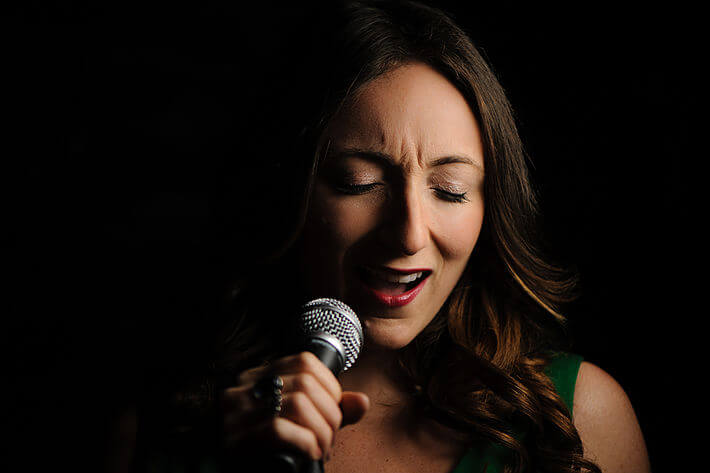 The first time I had the opportunity to watch Apryll Aileen perform at The Carleton Music Bar & Grill in Halifax, I left hoping there would be a second time.  She has always been gracious with her time with  me and I got to ask her a few questions:

Scott:  Thanks Apryll for making some time for me to chat.  First off I want to say congratulations on winning Battle of the Arts NB.  How would you describe the whole experience of the competition?

Apryll: Always a pleasure Scott – I’m glad we have a few moments now  to get caught up. The competition was really cool – it showcased a lot of diverse and unique talent we have across the province. The  organization that hosted it, is very professional and truly want to  showcase, empower and develop artists across all mediums. They even had Mel from the radio station Capital FM 106.9 in Fredericton to emcee.

Scott:  You literally got a big cheque, do you have any specific plans for the winnings?

Apryll: Yes!!! I used this cheque to help go towards design and duplication for my debut album “Savannah Soul”. It was a HUGE help for me financially to win.

Scott:  I have had the opportunity to see a couple of your shows here in Halifax and each time you have left me even more impressed, your voice is so distinct.  But for those who haven’t been able to appreciate your live shows, how would you describe your music?

Apryll: The best way I can describe it is by using a self created term “soulful pop”. I studied classical piano for many years so many of the songs showcase that side, along with some jazzy elements. Also I started teaching myself guitar this year which has led to some more indie/blues style songs. The core elements however, are definitely the lyrics, the melody and the vocals. Sometimes I sing in a deeper more soulful style, and other times, in a more breathy/airy style. In the words of my friend: Her stage show truly captivates the viewer and makes them participants in the stories shared through her lyrical content. Her smokey vocals exude an intensity that immediately engages the listener and pulls them in.

Scott:  Can you tell us a little about your journey since you decided to pursue music full time?

Apryll: It has been an insane adventure full of serendipitous moments and tests of faith. I’m extremely fortunate for the people I’ve been able to work with at such a young age – especially this early on in my musical career. The producer of “Savannah Soul” Kenny Munshaw has worked with Justin Bieber and The Tenors!

I started out a couple years ago, not knowing how to set up any gear or play a full hour set and now I can set myself up, run a 3 hour set and perform on the fly with other artists. I’ve been able to travel to Mexico to create a music video (we drove 10 hours across the country from Mexico City to Puerta Vallarta), I’ve recorded in Savannah, Georgia and Toronto, Ontario and also traveled to New York City to meet  Scott and Mickie from Masterdisk (the mastering engineer for the album). It has been a journey! My music has even taken me to Venice Beach, Santa Monica and West LA.

Scott:  Leaving a steady job to pursue a dream can be a very tough decision.  How did you arrive at the final decision and what has it allowed you to do?

Apryll: There have been times where I’ve questioned if this was the right move but that was due to fear. Fear holds us back from going after that which we truly love. From a young age, I dreamed of writing and playing music but never saw the proper avenue to do so. It seemed like an insane dream with little chance of coming true.

When I travelled to Dallas, Texas in February 2013 on the spur of a whim, I met someone down there in the film industry who sent me the script to “Dallas Buyer’s Club”. At this point, I realized that maybe my passion and career was in the film world so I dived in head on. I took every single acting, writing and directing shop imaginable, worked on film sets and even scored acting gigs. It was through the film road, that the music resurfaced.

When I read the script for Cayman Grant’s film “Butterflies”, I was inspired to write “Butterflies”. She loved it and wanted to use it for her film – she introduced me to Kenny Munshaw and from there, the entire connection grew and “Savannah Soul” came into fruition.

Scott:  With your first album in the homestretch before its release, when you look back to the beginning, what have you learned about the whole album making process and have there been any real surprises?

Apryll: The biggest surprise for me, was in the amount of work it takes to not only arrange, write and record an album, but to fulfil everything that happens when you leave the studio from mixing, mastering to the final stages of legalities and duplication. I never imaged it took so much work but I wouldn’t change a single thing. I’m glad that I have been able to self manage this. Now I know what goes into creating an album and can learn from this to get better every time I go into a studio.

Oh – and also – trust your drummer! This album created so much respect in my soul for other musicians and what they bring to the table from guitar riffs, groovy bass lines, hooky beats to soulful background vocals – I could never do it without them and I will never forget that. This is a team effort.

Scott:  What can we expect from the album?

Apryll: The album is very positive and uplifting to be honest. “Butterflies” is a soft, melodic ballad about true love, while “Forever Young” inspires people to live with vitality – realizing that they are only as old as they think they are.

There’s everything from the morning sunrise song you can sip your coffee to while looking at the sun come up over the water with “Sweet Morning Sunrise” to a protest like bluesy rock song about the conflict in the world today “Ain’t Right”.

Of course we can’t forget about the first song I wrote “Hey Sugar” –  this is a total vintage pop empowerment song and is actually the first single. This is an anthem for starting your day, cruising in your car or hanging out with friends. This was actually produced in New Brunswick by Nick Fowler.

All the other songs were produced by Kenny Munshaw. The time I spent in Savannah helped nurture my femininity and grace, while allowing me
the chance to commit paper ideas to analog tape.

Scott:  I guess the more time we spend chatting, the less time you have working on your album.  Do you have any final words for all your current and future fans?

Apryll: I’m so excited to finally have a product for you!! I want to hear what people have to say about it – if it inspires them or makes them relive a moment from their past – anything! I honestly wouldn’t be here without the fans and I will always be of service. I plan to write and create music that can be shared with the world.

I will leave you with this:
Traveling and meeting new people inspires me to create meaningful content. My true wish for this content, is that in turn, it inspires you to be the person you really want to be. Full of integrity, growth, respect, perseverance & compassion. One thing we can likely agree on is that we all want to be better…

I kindly and humbly ask that you support my preorder album campaign by visiting www.musicalgypsy.ca and checking to see if there are any options that work for your budget. If you aren’t in a place to support financially right now, then worry pas – sharing this with your network would mean the world.

Make sure you check her out at The Carleton on Tuesday (January 5th,2016) @ 8pm.  While we anxiously wait for her arrival and her album, I leave you with her first single from the album “Hey Sugar” https://www.youtube.com/watch?v=YeqkddEHkJs