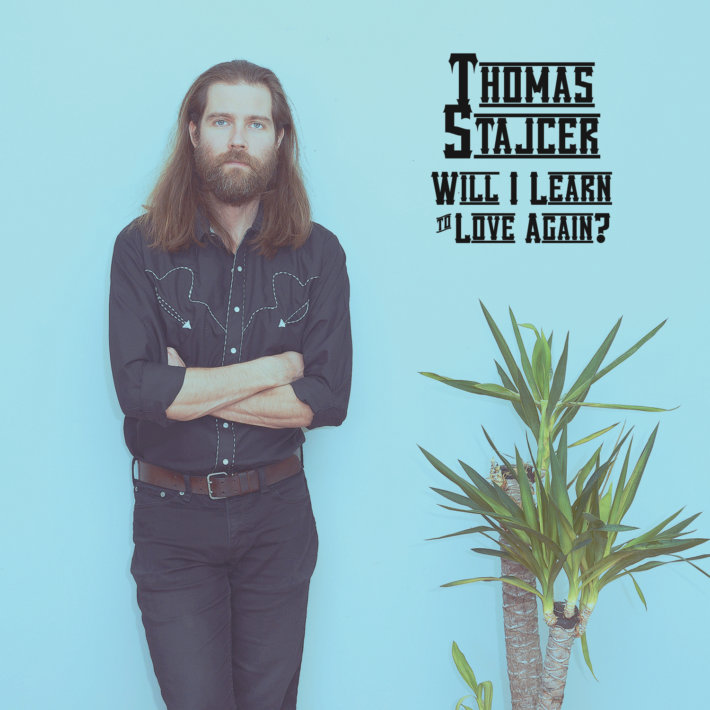 1) First of all, tell us a little bit about you?

My name’s Thomas Stajcer and I hail from a town in Ontario called Hespeler, known for the hockey stick factory of the same name and Kirk Maltby (3-time Stanley Cup winner with the Detroit Red Wings). So as a natural Hespelerite, I grew up playing a lot of hockey before switching focuses to music in my last year of high school. From there it was a long, stumbling journey to Halifax, which I’ve called home since 2012. I love it out here. There’s something about the people and the pace that I can identify with.

In my day-to-day life I manage ECMA 2018 Studio of the Year New Scotland Yard, owned by mentor, friend, co-writer, co-conspirator Joel Plaskett. I am so grateful to have landed here and spend my time labouring with other folks over their art!

2) Who were some of your music influences?

I grew up on my dad’s favourite records – Meatloaf, Styx, The Police and the Beach Boys. Those were the big CDs I remember having in the car. The Eurythmics also come to mind this moment. It wasn’t until my later years when I’d hear Waylon sing “Are You Sure Hank Done It This Way?” and by chance saw Marty Stuart and his Fabulous Superlatives here in Halifax that I’d start to dig into Sturgill Simpson and that was really my gateway.

3) You just released your debut LP called Will I Learn To Love Again in July. Tell me more about that and how it has been doing?

This record, for me is all about a tumultuous period/outlook of doubt and regret. Regret about where the past has brought me thus far and doubt about what the future brings. I swing back and forth in my philosophy as I relate to love, and it’s about making mistakes, sometimes knowingly, if only to deepen my truth and understanding in life and love. I took the band on a tour of the Maritimes to release the record and everyone seems to be enjoying the shows and the record so that’s all I can ask for

4) Who is someone you would like to work with whether it’s sing, perform or write with?

Harry Stinson. Or Dave Cobb. I saw Harry perform with Marty Stuart and he blew me away, not to mention his infinite credits for backing vocals, and productions over the years. (Namely Copperhead Road) Dave Cobb is doing a lot of great stuff right now: Sturgill Simpson, Jason Isbell, Chris Stapleton, Colter Wall, the list goes on. As far as singers go… well I’m a sucker for Emmylou Harris. As a lead vocalist and a harmony singer. Heartbreaker by Ryan Adams is one of my favourite records of all time, and her harmonies (and Gillian Welch’s) on that are so integral to the sound of that record.

5) How did you get your start?

I’ve been writing songs since I was 13, and I’ve played around in a couple other bands. I wrote music in my high school band and then played bass in a few rock bands in Halifax before taking the solo leap. I eventually just got to a point where I was exposed to country music and realized that this was something I could do – this was a voice or context that I could use to tell my stories. I never really found that I could relate to a rock lyric in a way that inspired me, so country music really set me free by giving me the context with which I could tell a story I wanted to tell. Once I had a few songs together that I liked I decided it was finally time to start playing gigs and start putting myself out there. Because of what I do in the studio, I have a few (very generous) experienced industry friends that I could bounce ideas off of and get proper feedback on where to spend my energy, and also get feedback on songs… I can’t say enough about how amazing the support around me has been since day 1. So I shared a few songs with Joel, he helped me re-write a couple and I was off to the races hunting down friends for gigs.

6)Your current single is  “Any old Road”, tell me about it (the story behind it).

Any Old Road is my honky-tonk revenge tune. There’s not so much a story behind it as it just came from a feeling of being taken advantage of, and when I started writing I thought it was pretty humourous and over-the-top so I kind of went with it and played it up. For me, the first line sets the tone (“This time it’s personal, I won’t rest til you’re in a hearse and I’ve got the better of you.”) as something so forward and frank that it’s ridiculous, and by the time we get to the end “I’ve done a thing for all mankind” by taking out the antagonist. Ridiculous.

7) What are your plans for the rest of the year?

I’ve booked a solo tour to Ontario in early September – kicking off in Halifax with a songwriter’s circle for Halifax Urban Folk Festival with Dustin Bentall and Makayla Lynn and making stops in Montreal, Hamilton, Toronto, Trenton and Ottawa. Beyond that, another festival in Nova Scotia (North Along The Shore Jamboree) and several gigs supporting touring acts. I was actually thinking about reaching out to Harry Stinson about producing a new track… if you see this Harry I’ll be in touch!

8) What is on your current playlist?