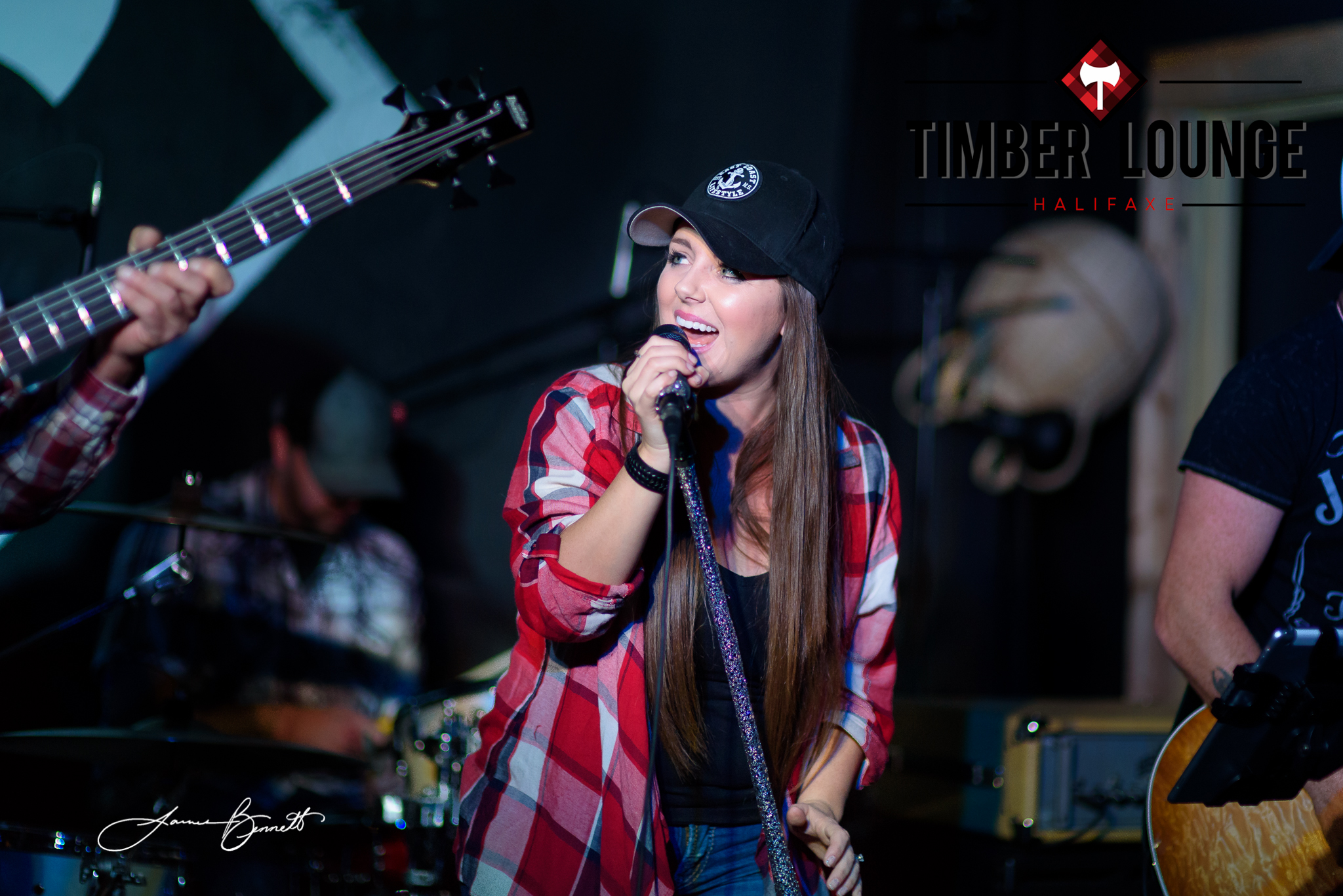 Hey Daily Musician readers! My name is Lauren, but some of you may know me as Lauro from Hot Country 103.5. What you might not know is that I’m in school for Music Business at Nova Scotia Community College! As part of our program, we have to put on a live show – with all proceeds going to our trip to East Coast Music Week (more on that later). We are broken up in to groups, given a venue, a date, and told to run with it. We have no money, no resources (aside from use of our Music Nova Scotia membership). We have to do it all. We were graded on the execution of the show and written assignments associated with the show.

I was paired with five of my classmates – Jayson LeMoine, Mathew Waterman, Gabby Pangburn, and Tonelle Richardson and André Melanson. We were given the Timber Lounge aka the best new venue in Halifax, according to The Coast! Because I have close ties to the country music scene in Nova Scotia, I knew I had to use my connections. While my group did not like country or know anything about the genre, they trusted me enough to run with my idea. We ended up being able to book some of Nova Scotia’s finest country artists: Samantha Power, Jason Price, Amanda Riley, and TJ King!

The Timber Lounge Tailgate raised $451.15! This will help with the cost of travel and accommodations for our group to attend East Coast Music Week in Saint John, New Brunswick, April 26th-30th, 2017! While at #ECMA2017, we will volunteer and attend conferences and shows in hopes of networking and growing our love of music, and the industry, even more!

I need to thank Live Music Updates (a venture started by one of my classmates, Cleo Beland) for help in promotion, Hot Country 103.5 for their donation of a prize pack including a signed picture of Dean Brody, two CDs from UMusic, and a Hot Country t-shirt, the Timber Lounge for allowing us to use their amazing space, and The Daily Musician for photography and promotion of our event! We wouldn’t have been able to do this without you all!

Again, thank you all so much!