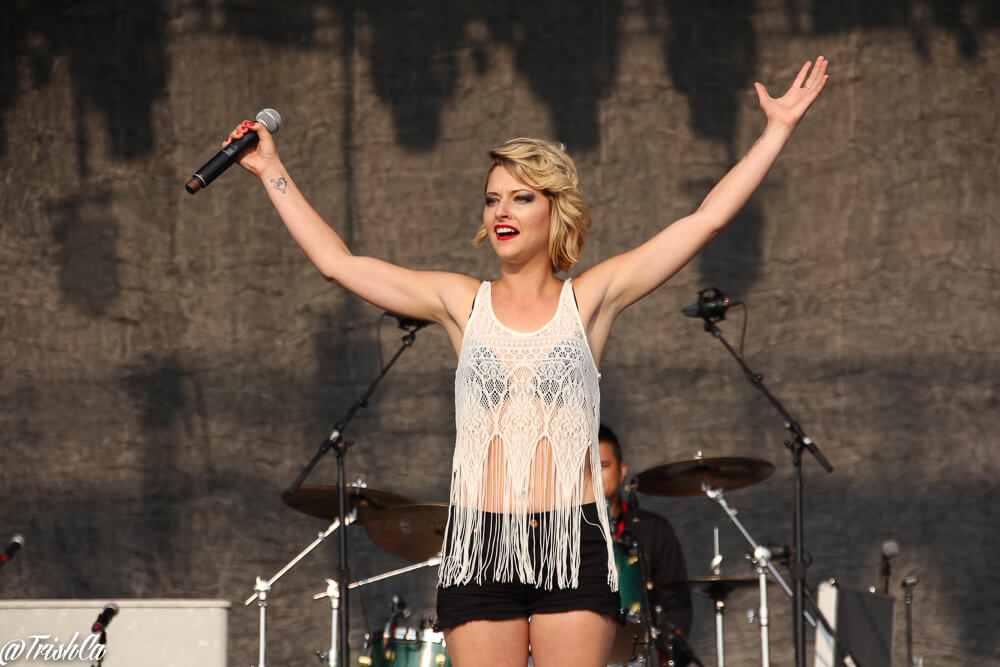 Hello to our readers and followers!

I am so sorry for the delay in getting this out! It’s been a crazy 2016 for myself and my family so a lot has been going on. I had the privilege of getting to chat with the lovely Trinity Bradshaw who will be gracing the East Coast with her wonderful presence soon as one of the headliners of the Rock the Boat Festival this summer on her native Prince Edward Island. Here is what she had to say – enjoy! – Sarah MacDonald

SM – Since the last time we spoke – about three years ago – you’ve had quite a bit going on! What’s been happening?

TB – Oh, so much! I look back and I even forget about some things because so much has happened! I’ve been very lucky. I opened up for Shania since we last talked. It was insane. It being on PEI as well was awesome. It’s funny, when I played that show, and I looked into the audience the first person I saw was my father’s face.

SM – How were you chosen to be an opener for that show?

TB – There was a Montreal-based promoter, who was working the show, and they’d been looking for artists who had a presence within the industry, and they saw I was from PEI, and it just worked out! We, of course, said yes right off the bat.

SM – Did you listen to Shania a lot growing up?

TB – She influenced me in so many ways! She’s a huge influence on how I write as well as my sound. She opened my eyes to a broader style of the “pop” style country as opposed to the traditional side of the genre.

SM – So, with that being said, you’re obviously cool with the direction country has taken in recent years to a more predominantly Pop-type sound?

TB – I’m completely fine with it. Every changes, evolves and goes in different directions. You really just have to embrace it. I love it, honestly.

SM – Are you writing/recording now?

TB – I am always writing and recording! I recently had a great writing session with friends in Nashville over Skype. I am always looking for new ideas, and whenever I write a song I record it. So, I have a lot of songs that are album ready, I’m just not album ready yet! Haha! We have about 12 to pick from right now – I want to record a few more. I’d ideally like to have 25 in total to choose from.

SM – So being an Island girl, originally, what brought you to Alberta where you’re presently based permanently?

TB – This is actually a great story! 5 years ago I was living in New Brunswick, I had a band and we had broken up. I knew a Toronto based musical producer that I knew who I
had then contacted because I felt he was my only hope at that point. I basically asked him to help me because at that point,
I wanted to give up, like, I had no hope. That man is now my manager, Trey. I then moved to Calgary and dove into the deep end, so to speak and
it lead me to my deal and I haven’t looked back.

SM – There’s always that moment that artists have where they decide – This is what I want to do for the rest of my life. When did you have that moment?

TB – I think it was really young. So young that I don’t even think I understood the concept. I just wanted to be like all of my idols. I wanted to inspire the world.

SM – Who is on your playlist right now?

TB – I listen to a lot of Chris Stapleton because he’s freakin’ amazing! I love that he’s bringing back that new country sound. Jason Benoit as well – he’s doing so many great things right now. Cam as well- I love all of the up and coming artists in Country right now. I love listening to the radio a lot too! I just find it easier. Oh! Also Sia, as well. Her newest album is so good.