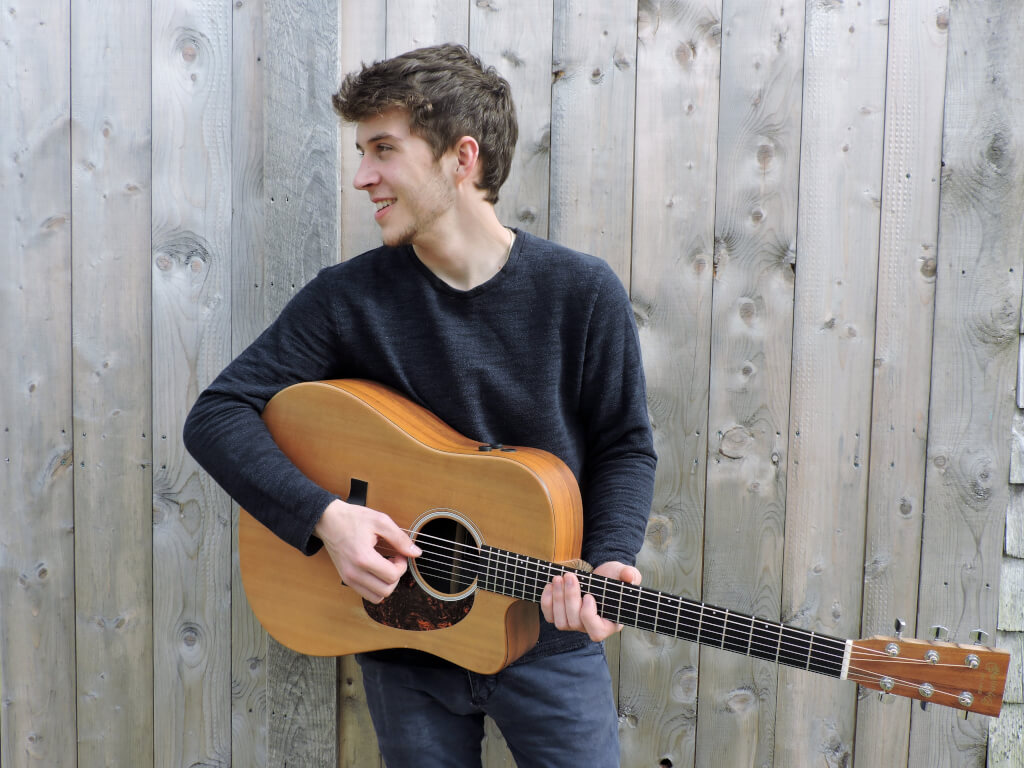 Let us introduce you to Nathan Langley. He is 16 years old and from Country Harbour, Nova Scotia. He is in grade 11 at St. Mary’s Academy and is releasing his debut album tomorrow May 6th, 2017 called “Where I Am Now”.

Nathan started playing music when he got his first guitar at the age of 7. He now plays guitar, bass, drums, mandolin and piano. Along the way he had many amazing influences and characters to look up to. His father, grandfather, George Brothers and the late Dave Kaiser. George was really the man who introduced me to song writing.

James had a chance to chat with Nathan about his debut album and more.

James: Did you have someone teach you to play guitar?
Nathan: I didn’t have lessons, just good musical influences from my father and grandfather. I guess you could say I’m self taught.

James: Do you get many opportunities to perform live?
Nathan: Yes, my weekends are full. The community here is very supportive of me as a musician so I like to give back to the community and be involved in as many fundraising/benefit concerts as I can.

James: You told us all of the songs on your album are original and they have a folk contemporary vibe to them. Did you write the lyrics and the music yourself?
Nathan: Yes. My dad and I brainstormed on one of the songs together but the rest of the album was all written by me.

James: How is your album available to everyone?
Nathan: Only on CD right now, I want to figure out how to get it on Apple Music and Spotify. But for right now people can contact me at liven4tunes@gmail.com

James: What are your musical goals?
Nathan: To be the best musician I can be.

“This is my first album and it has been a journey and a half. The title of the album is “Where I Am Now”. The songs are all original and they have a folk contemporary vibe to them, along with a number of different genre influences”.

To order a copy of Nathan’s debut album “Where I Am Now” contact him personally at liven4tunes@gmail.com.