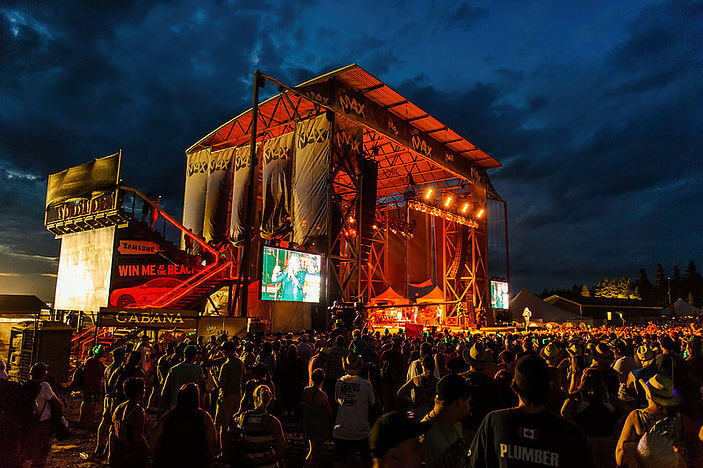 Now that the Christmas Season is upon us and 2015 is near an end I wanted to do a review of my top 10 favorite live music events I attended for 2015.  I will also touch on what I am looking forward to for 2016.  This year was a big year for country music fans in the Maritimes to my own delight.

I attended many events this year and captured them through the lens.  It has been a busy year for sure.  This top 10 list was very hard for me to put together as they are all my favorites. It was difficult to determine an order.  I will start from #10 and countdown to #1.

As I said, this list was very hard to choose an order even more so for the top 5.  I had debated back and forth between positions #4 and #5 as well as positions #2 and #1.  I believe the deciding factor that made Cavendish Beach the #1 event for me for 2015 was the entire experience, the venue, the people the artists, the location, the weather, and of course the desire for everyone to have a good time.  It is easy to see what more and more country music festivals are popping up and becoming so popular.

As for 2016 I will be looking forward to a few events that have been announced thus far.  Of course I will be returning to Cavendish Beach Music Festival.  I will also be attending the CCMA Music Week in London Ontario and the first Beach Blast 2016 in Shediac New Brunswick.  Other artists I plan to see in the new year will be Autumn Hill, Johnny Reid, High Valley, Jason Beniot, Gord Bamford and hopefully Zac Brown Band.  Either way 2016 is shaping to be a great follow up year to 2015.  Hope to see everyone out there and don’t be shy. Come by and get your photo taken.

Stayed tuned for my favorite 25 Canadian Country Songs of 2015 on New Years Day!