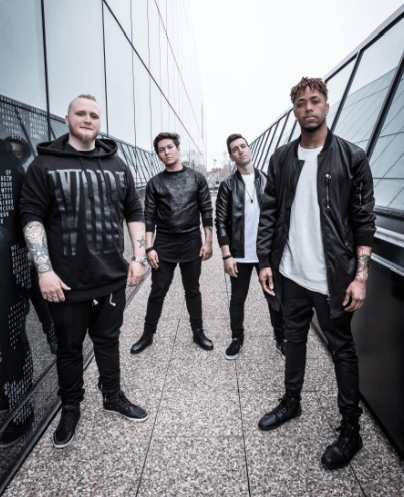 Canada’s new 4-piece electronic live group Neon Dreams will bring their explosive energy and dynamic sound to the East Coast this summer. Producing some of the freshest electronic pop and hard-hitting tracks, the Halifax natives’ distinct sound and upbeat energy is revolutionary in Canada’s Atlantic Coast. Neon Dreams takes the typical production/DJ format of an EDM act and add live instruments to bring an explosive energy to on-stage performances. In support of their new single “Marching Bands,” a track jam-packed with contagious upbeat energy, Neon Dreams will make six stops on their East Coast tour.

Featuring iconic rap legend Kardinal Offishall, “Marching Bands”, now available on iTunes, gives off the energy and excitement that concertgoers can expect throughout the summer tour.

You can view the video for “Marching Bands” here: https://goo.gl/8SQHhO

Known for their infectious sound and eccentric performances, Neon Dreams’ music captivates audiences by keeping them dancing and losing themselves in mesmerizing rhythms.

In the coming weeks, select band members will be available for advance phone or email interviews. Please do not hesitate to get in touch if you would like to set up an interview with the band.

Neon Dreams Key Accolades:
· The group’s breakthrough single of 2015, “Love Experts”, debuted on Bell Media stations across Canada and was quickly picked up by other Top-40 stations nationwide

· Music by Neon Dreams has been featured on national television such as Keeping Up With The Kardashians, The Real World and Silicon Valley.