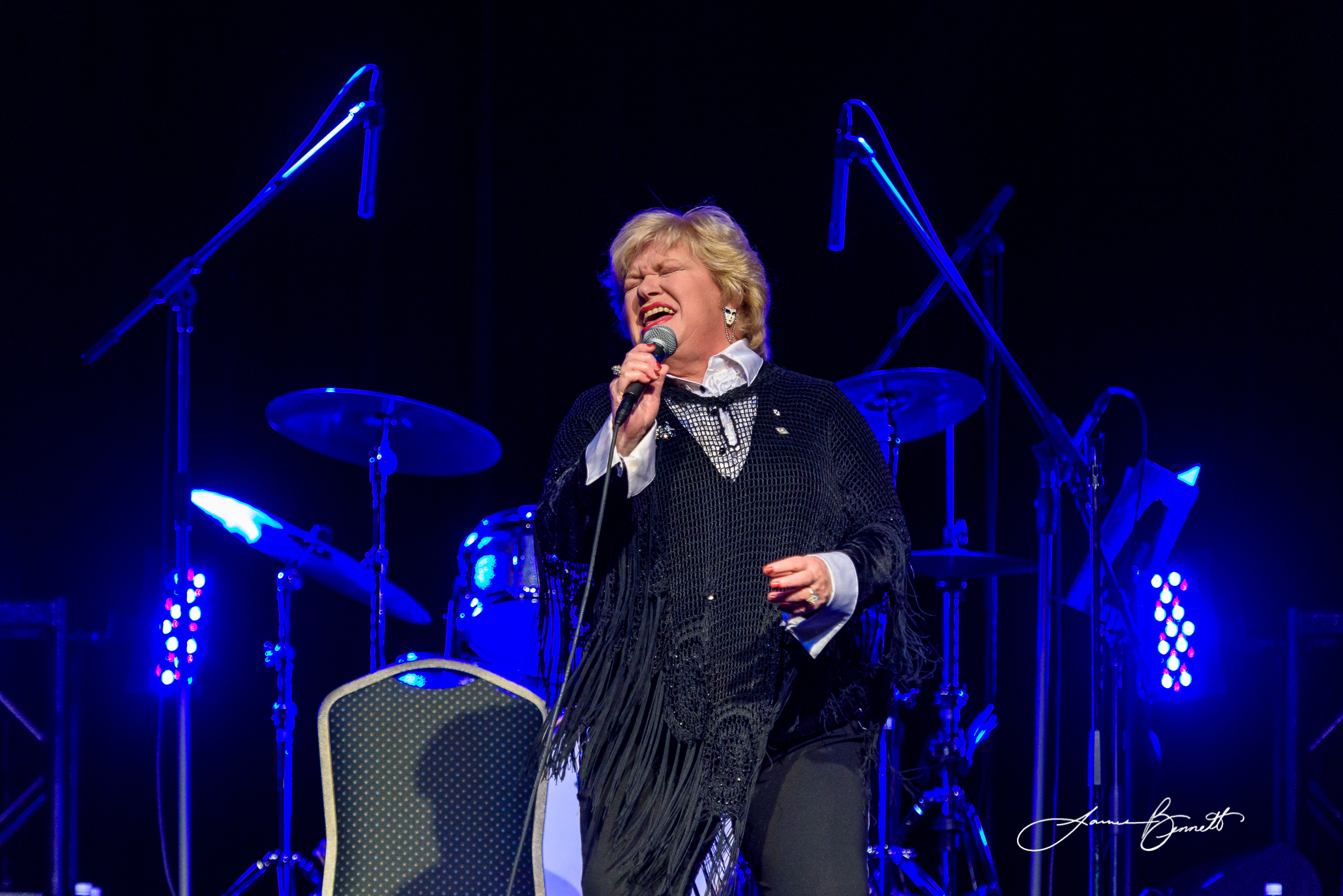 Country Music Icon Carrol Baker brings back great memories for her fans at Casino, Nova Scotia last night Halifax. Baker born and raised in a small fishing community in Nova Scotia was excited to return to her home province. Some previous shows had her nephew Andrew Frelick, a country musician himself opening for her. On this night however the Baker Band would open the night and warm up the crowd with a few classics.

Baker had a very successful country music career with many number one singles/albums and performing with many other well known country artists such as Conway Twitty and many appearances on the Tommy Hunter Show. Baker has won 5 Juno Awards and was eventually inducted into the Canadian Country Music Hall of Fame. Baker was very emotional sharing many of her highs and lows throughout her career. She was overwhelmed with the appreciation and applause from the fans after each performance. Baker admitted she was upset when she was not invited by the Canadian Country Music Association when Music Week came to her home province of Nova Scotia last year. Baker continued to say how much she loves Nova Scotia and Canada and continues to live in Canada today.

Fans were treated to a trip down memory lane as Baker performed many of her original songs as well as some of her personal favourites from other artists. One song in particular that had the crowd clapping in excitement as she started to sing was “I`ve Never Been This Far Before”. Other fan favourites included “One day at a Time” and “One Drinks One Too Many and a Thousands Not Enough”.

I know as a Nova Scotian and a country music fan I was truly honoured to have been able to witness such an icon perform. Here are a few highlights from the night.