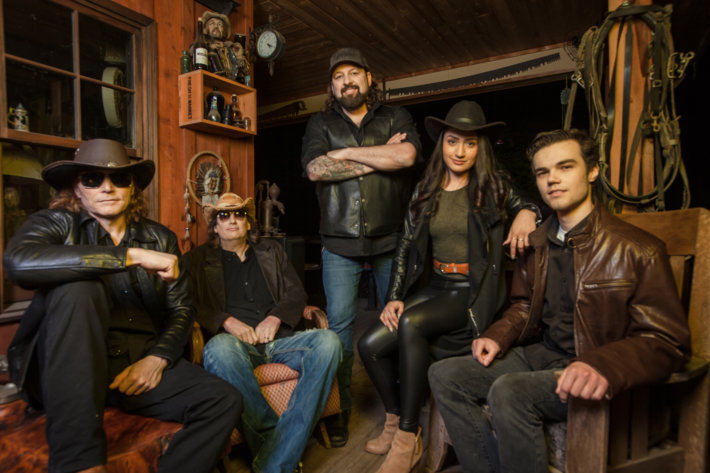 Me and Mae, the brainchild of Shawn Meehan, is bringing back the old school, country-rock sound to a new generation. Armed with big vocals (Eagles, Zac Brown Band, and Alabama) southern fried guitars ( Lynyrd Skynyrd, Allman Brothers) and a tenacious drive, they plan to take the world by storm!

Me and Mae has spent the last few years developing and honing their craft, during which they’ve played several major Canadian Country festivals including Sunfest, Rockin River, Big Valley Jamboree and Dauphin Countryfest. They have also showcased at the world famous NAMM convention in LA and opened for major recording artists such as Tim McGraw, Alan Jackson, Rascal Flatts, and Dallas Smith.

I had a chance to catch up with Shawn, read our interview below.

Shawn Meehan, lead vocals and guitar for Me and Mae

2. Tell us a bit about your new single “Where the Good Times
Roll”.

3 mins of country fried escapism lol. A simple feel good song about
getting  out of town, hanging with friends and forgetting
about everyday life for a while.

3. You are getting ready to go on a radio tour, tell us about that and
of   the places you will be travelling to?

Yes we are very excited to be hitting the road and performing the
new single!  We’ll be doing BC, Ontario and the Maritimes.

4. How does your summer look? Do you have a busy one?
Yes busy promoting new single and, when home, recording new
material.

5. Who are some of your musical influences?
The Eagles, Zac Brown Band, Allman brothers to name a few. Basically all the great country rock bands!

6. If you could collaborate with any artist, who would it be and why?
Eric Church or Don Henley

8. Is there anything else you would like to add or share with us?
Thank you to the fans for the great response we’ve been getting
online to our new single “Where the Good Times Roll” over 75,000
streams through YouTube and Spotify… mind blowing!