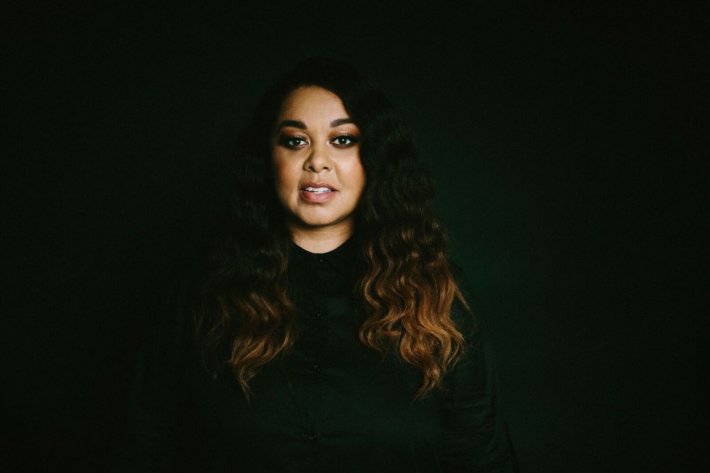 Nuela Charles is an alternative/soul singer-songwriter known for her soulful vocals and captivating stage presence. Kicking off 2018 with a JUNO Award Nomination for herself released sophomore album “The Grand Hustle,” and closing out the year with the release of her new EP “Distant Danger” Nuela is solidifying herself as a Canadian music staple.

Her singles “Do it Right”and “Danger” maintained steady ground on the CBC Radio Music charts, collectively spending over 14 weeks in the Top 20, and had “Do it Right” named as one of 2018’s Top 100 Canadian songs.

Nuela has brought her distinct voice to various stages over the last several years and recently performed at Reeperbahn Festival in Germany, and made her UK debut in London this past September.

With a nod from uber-coveted tastemaker FADER, a placement on the hit show “Jane the Virgin” and some comfortable real estate on the CBC Music (Radio 2) charts, Charles is ready to release more of her fiery brand of cinematic soul.

I had a chance to interview Nuela.

Q) First off, congratulations on your JUNO nomination for Adult Contemporary Album of the year. How does it feel to be nominated?

A) Thank you so much! It feels amazing. It’s pretty crazy to be nominated 2 years in a row – and especially this year in a category that is so STACKED!

A) “Distant Danger” has spunk and sass, but is also very introspective, lyrically. The majority of the project was recorded in Edmonton with production duo Towers. Being based here at home, allowed us to have time to build up and break down the songs until we got them just right.

Q) You have a new single being released on February 15th “Long Way Down”, tell us about that song.

A) “Long Way Down” was written at the same time as the rest of the album, but didn’t quite fit. It stood out on its own, and I wanted to give it its own shine. Thematically, I wanted “Long Way Down” to feel hopeful and soulful. It’s a reflection on today’s world – the glorification of status and money, the fear of losing it. Society loves to watch people fail (Britney much?!) Despite this, there is a blessing to stripping it all away and starting anew.

Q) 2018 was quite a year for you. Can you share some of your biggest highlights?

A) 2018 was wild for sure. I was nominated for my first Juno Award, performed at my first American festival in Seattle, then traveled to Germany to showcase at Reeperbahn Festival and on top of that, I released a ton of new music.

A) 2019 will see me performing a ton more, and working on new music. I want to spend this year writing and collaborating with lots of different artists and producers.

A) Looking forward to hitting the road this year and bringing my music to new audiences. Thanks!