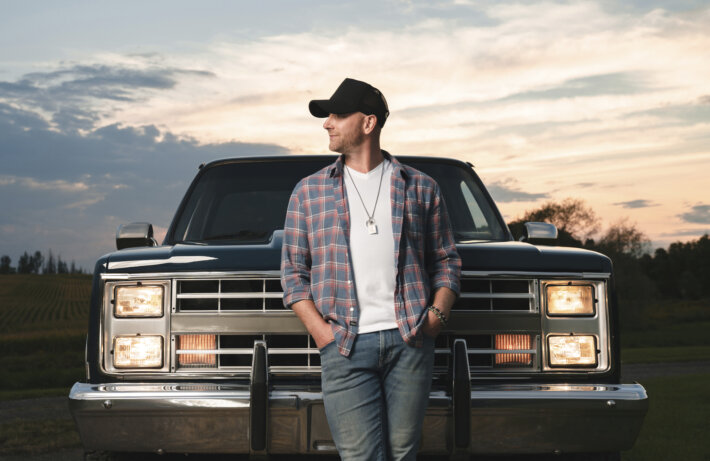 “It’s tour tiiiiiiiiiiime! I’m crazy excited to finally get back out on the road for an official tour with the fellas,” shares Hicks. “It’s been way too long! Come party with us on the “Zero To Sixty Tour” all summer and into the fall! It’s guaranteed to be a GREAT time, and we can’t wait to see everybody!”

The multiple JUNO and CCMA-Award nominated artist released his fifth full-length studio album titled ‘Talk To Me’ on September 2 via Open Road Recordings.

For a full list of tour dates and more information visit: timhicksmusic.com.

Tim Hicks continues to lead the way with his sure-footed everyman approach – expanding the song writing and style that has helped define today’s country music. Delivering track after track with unparalleled quality and consistency, Hicks’ ascent as an elite chart-topping act since making his country label debut in 2013 is undeniable. His vast catalogue of highly praised releases including Throw Down, 5:01, 5:01+, Shake These Walls, New Tattoo, Wreck This and Campfire Troubadour has earned the five-time JUNO Award nominee and CCMA Award winner a DOUBLE PLATINUM selling single, three PLATINUM selling singles, nine GOLD singles, one GOLD album and eighteen Top 10 radio hits (including the #1 singles “No Truck Song” and “What A Song Should Do”), in addition to over 100 million collective streams, multiple sold-out headlining dates and back-to-back national tours. Hicks, a 2022 JUNO Award nominee for ‘Country Album of the Year’ is now a three-time consecutive winner (and the first recipient ever) of the Nielsen Compass Award, which recognizes an artist for the most total content plays including streams, single and album sales as well as total social media following. Kicking off 2022 with the release of his ‘Whiskey Does’ and current