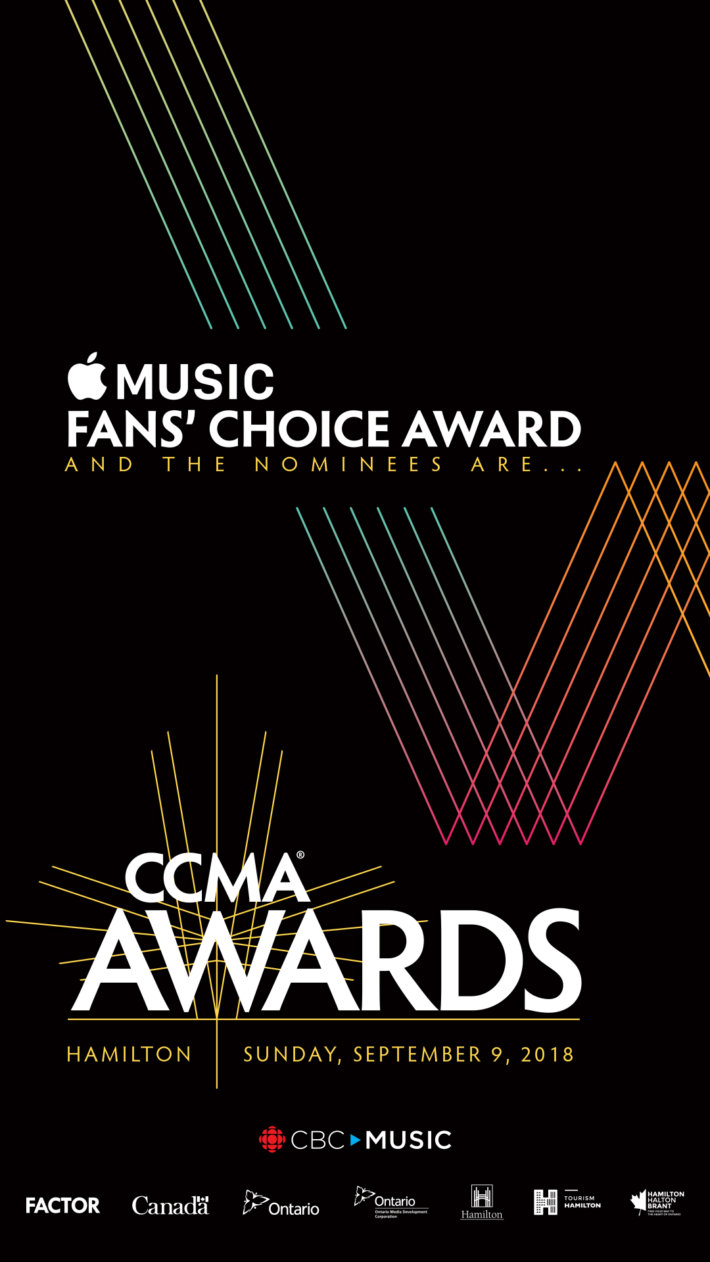 1. Streaming on applemusic.com/CCMAawards. Votes will be plays of nominees’ songs in the Apple Music CCMA Fans’ Choice playlist. Any song played will count as one vote for the corresponding artist, with maximum one vote per song per day per Apple Music member. Each artist has two songs on the playlist. Apple Music will collect and verify these votes.

2. Online through ccmafanvote.com — a voting website where nominees can encourage fans to visit to cast their vote. Here, fans will be able to vote multiple times for their favourite artist by simply clicking on an act’s photo to vote. To note: captchas will be set up to catch any bot voting attempts. The votes will be collected and verified via DMDS/Yangaroo.

The URL voting portal is active now through Sunday, September 10 at 9:00 p.m. EST, one hour into the live stream of the 2018 CCMA Awards Show.

3. Via #hashtag voting. Hashtag voting will coincide with Country Music Week, with fans encouraged to vote for their favourite Apple Music Fans’ Choice nominee by using the appropriate hashtag on Facebook and Twitter. Only one hashtag per post will count as a vote.

Retweets count as a vote. Fans can vote as often as they like. ExMachina will collect and verify these votes.

The winner of the 2018 Apple Music Fans’ Choice Awards will be announced live during the second hour of the 2018 CCMA Awards Show broadcast on CBC and cbcmusic.ca/ccmas on Sunday, September 9 at 8:00 p.m. EST. Good luck to all nominees!