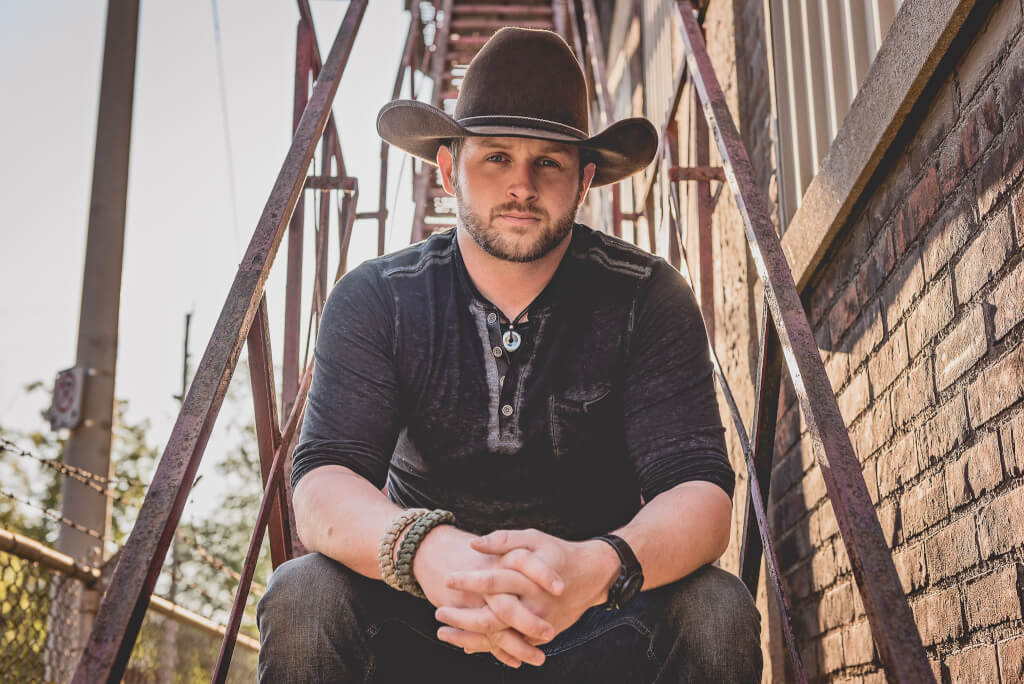 Ty Baynton may have grown up in the small town of Waterdown Ontario, but this ‘Canadian Country Boy’ has stadium sized vocals. He has always had an appreciation for music with influences including Randy Travis, Tom Petty, and Oasis. At age 14, in his third-generation family farmhouse, Ty picked up his grandfather’s guitar and never looked back.

Ty’s latest single “I’ll Never Know” which is released via iTunes on August 25, 2017 and will be released to the radio September 12th. He has shared the stage with some pretty big names including Blake Shelton. I had the chance to chat with Ty, get to know him better and hear about his upcoming plans!

Ty: I grew up in Waterdown, Ontario and started playing guitar around the age of 14. Music has always been something I’ve been passionate about and to date I have played almost 2,000 live shows (7 years straight I did over 200 a year!) so I’m no stranger to the stage. I played/still play hockey, baseball, rugby, football and almost any sport I got the chance to. I love the outdoors – everything from hunting, fishing, hiking to spending time boating on the lake, bonfires, and off-roading.

Jenn: You’ve played some major festivals like Boots & Hearts, Manitoulin Country Fest. How was that?

Ty: Getting the opportunity to share a stage like that with artists like Blake Shelton, Chad Brownlee, Doc Walker etc., is always a very humbling experience. You get to see these guys go out and put on one hell of a show and it makes you work that much harder; but at the same time, it is such a rush to hear the crowd singing back to you and you can feel their excitement. There’s really nothing else like it.

Ty: I grew up with a mix of country music, classic rock, and 90’s rock, so my influences are pretty diverse. I draw from everything from Tom Petty, Oasis, and Matchbox 20 to Randy Travis, Garth Brooks and Brooks & Dunn. At the end of the day – good music is good music.

Jenn: Can you tell us about your writing style?

Ty: I generally like to go into a writing session with a song title or hook and see where it takes me. Co-writing is also something I am a big fan of as having another writer or even instrumentalist adds a new perspective and angle to the writing process you may have never thought of on your own. I also tend to write songs I feel will work well in a live setting, what is going to enhance people’s experience at my shows and be fun for the band and I to perform.

Ty: I’m off to Saskatoon for the Canadian Country Music Awards September 6th-11th then my single, I’ll Never Know, gets released to radio September 12th. We will follow up that release with a radio tour and have a handful of shows the rest of the year before I head back down to Nashville to do some writing.

Jenn: Your new release “I’ll Never Know”. Can you tell us what it is about?

Ty: To me it’s a song about those relationships that end and you don’t ever really get a reason why or closure. You’re left wondering if they ever think about you; if they regret their decision; or think they should give it another chance – but you know in the end you won’t ever get those answers.

Jenn: What is on your current playlist?

Ty: To be honest I actually don’t have a playlist. I have no music at all on my phone. If there is a song, I hear that I like I’ll learn how to play it and play it a lot! Currently I have been playing Thunder Rolls by Garth Brooks, Turn The Page by Bob Seger, and I am enjoying a lot of Luke Combs music.

Jenn: Do you have upcoming plans for a tour?

Ty: There is nothing in the books tour wise for the tail end of this year, but we are looking at hitting the road again late February early March.

Ty: I would like to take the time to thanks you guys and other media outlets for supporting new music and artists like myself. The whole point of making music is to share with other people and you give us an outlet to do just that; so thank you.