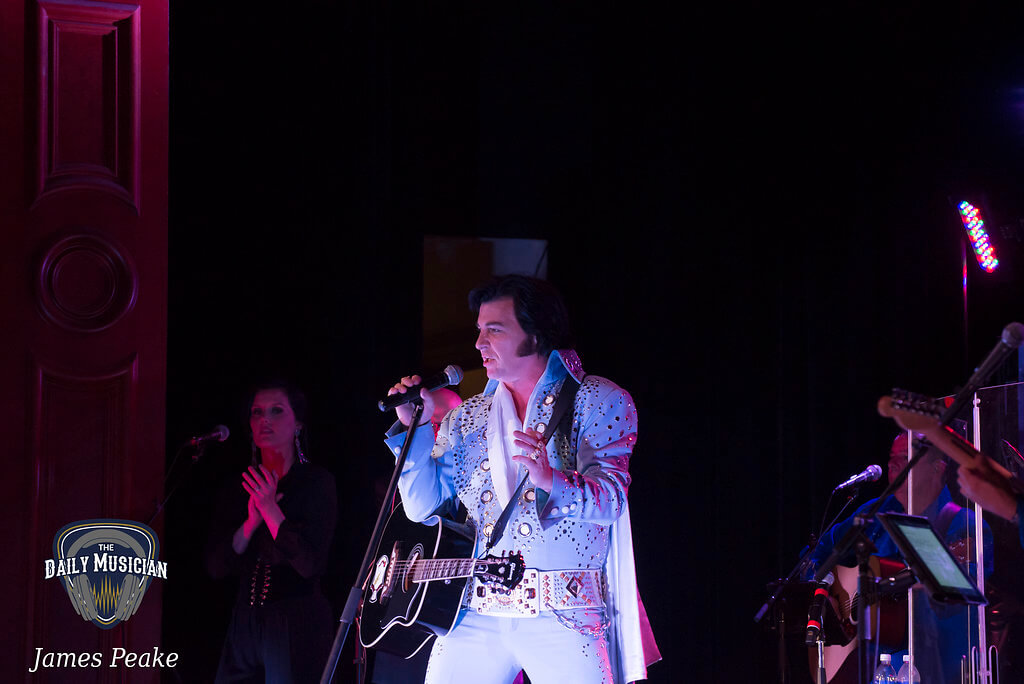 Commemorating the 40th Anniversary of the passing of Elvis Presley, International World-Champion Elvis tribute artist, Thane Dunn and his Cadillac Kings performed at the Casino in Halifax tonight.

I had the chance to interview Thane before his tour to the Maritimes and He ended his interview with this:
“I equate what I do to an actor playing a role. I don’t take myself serious but I take what I do serious. I have the utmost of respect for Elvis who has been an inspiration to me my entire life. He has made me a better man and taken me to places I would have never been and met people I otherwise would have never met because to this day almost 40 years after his passing he is perhaps loved even more than when he was alive. I get to make a living making people happy and that my friends is what it’s all about.”

I got to see exactly that first hand tonight. Thane came out onto the stage in the Schooner Room at the Casino in Halifax and you had to take a double look because he looks very much like Elvis. He had his blue shiny suit with the famous cape on… the music was playing and when he started to sing it was just like Elvis Presley was on stage himself.

His voice was amazing and powerful and his moves… well they are all Elvis. I grew up listening to “The King”, I always loved his voice, it was unique, his moves were one of a kind and to see Thane on stage having that amount of talent is just unreal.

He interacted with the audience, telling stories, making them laugh and having them get fired up for the next song he was about to sing. I don’t think there was one song the crowd didn’t clap or sing along too.

Special guest coming from Tennessee, is the legendary Bill Baize. He performed with Elvis from 1971 until 1976, said of Dunn, “He is the closest thing to Elvis I’ve ever seen and it is a pleasure to perform with him.”

This performance tonight was such a great experience and amazing way to honor Elvis on the 40th Anniversary of his death.

We look forward to seeing Thane Dunn and His Cadillac Kings again in the future.