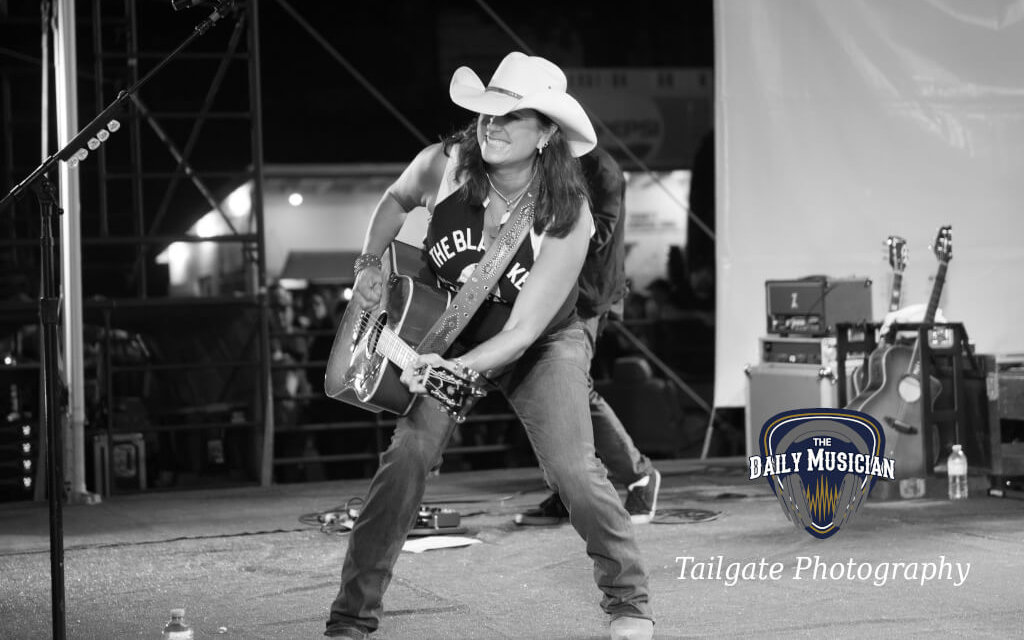 Are we ready to party tonight Bridgewater? Terri Clark stepped on stage and lit the whole place on fire! The crowd never stopped singing the whole set.

We had the pleasure of seeing Terri twice in the last year both were her solo acoustic shows. They were remarkable and personal. She said she feeds solely on the crowd during her solo shows but when she is performing with her band there is an energy between them and did we ever see it last night. It was electrifying and amazing!

We got to speak to Terri prior to her show, she was happy to see us again. She said ” you guys (The Daily Musician) are all over social media, I love it”. We interviewed her in June then got to photograph her at the Stan Rogers Folk Festival. James had the pleasure of photographing her entire set last night, she joked with him and said “no butt shots”. She was on fire, her voice is incredible, her guitar skills are amazing, and she even played the drums a bit during the set.

She performed some Grand Ole Opry style songs, her whole band singing from one mic, which was awesome. She did an awesome Reba McEntire impression as she talked about her Classics album she released a few years ago. She went on to perform “Delta Dawn” which was originally sang by her and Tanya Tucker on her Classics album.

Terri surprised a huge fan of hers, Angela from Bridgewater by inviting her up on stage to sing and play guitar.
Every concert is different and just keeps getting better. We are looking forward to new music from Terri in the near future.

To view our photos from Terri’s concert last night in Bridgewater please click below:
https://thedailymusician.pixieset.com/terri/

For latest news and tour information go to www.terriclark.com