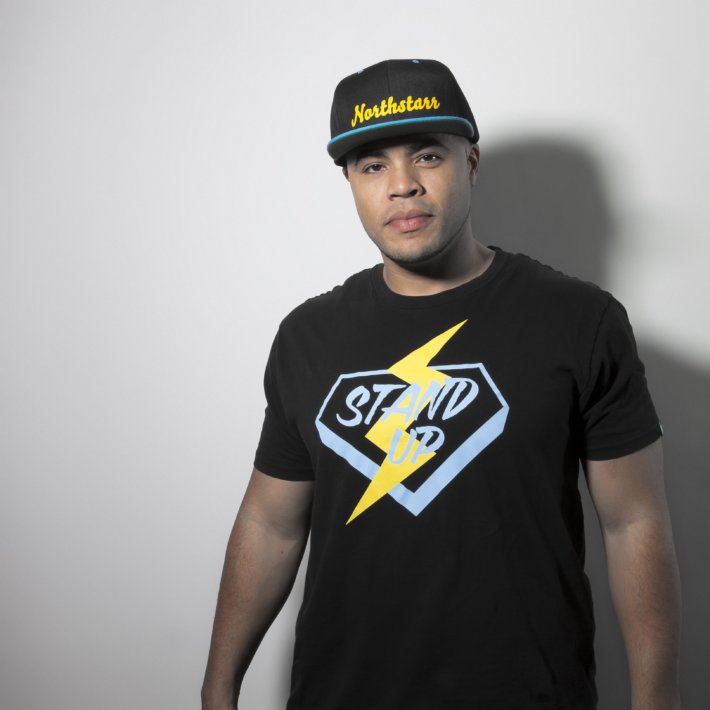 D.O. Gibson has defied the odds as a rapper from Canada, becoming a certified international artist, a successful record label executive and a socially active community ambassador.  He set a Guinness World Record when he freestyled for nearly nine hours in 2003, sold tens of thousands of CDs, hit #1 on U.S. College Hip Hop Radio charts and travelled the world performing for sold out crowds; D.O.’s success is defined in his own terms.

This Spring, D.O. will release his eighth studio album Second Home.  The project is a collaboration with Netherland based produced Tantu.  “As soon as I heard his beats, I knew that was the sound I wanted,” says D.O.  Second Home is full up tempo, musically infused sounds that takes a new school spin on classic boom-bap.

In between recording his new album, Gibson founded the Stay Driven program that launched in 2001.  Stay Driven is based on D.O.’s own life experiences where he addresses relevant topics such as anti-bullying, peer pressure, and literacy. Gibson has spoke and performed at over one thousand schools reaching hundreds of thousands of students.  In 2012, he released the book Stay Driven.

In addition to his career as an artist, he is also the driving force behind Northern Power Summit – regarded in the Urban community as one of the premier emerging conferences in Canada.

I had the chance to catch up with Gibson, our full interview is below:

1)Let’s start by learning a bit more about you! Tell us a bit of your story…

A) I’m a rapper that grew up all over Ontario with roots from Saskatchewan and Nova Scotia. I came out with my first music video back in 2001 and have been consistently making and releasing music since then. Along the way I’ve done close to 2000 shows and been traveling and performing across Europe and Asia.  It’s been a lot of fun!

2) You are getting ready to release your 8th studio album Second Home on April 26th, can you tell us a little about the album?

A) The album is a collaboration with Dutch producer Tantu. I’ve been traveling and performing in Netherlands a lot over the last several years but ironically that is not how I met Tantu – I found him online. I fell in love with the production and after recording a few songs I figured I might as well do an entire album.

I came up with the name because of those trips to Netherlands. It’s almost become a “second home” to me.

3) Where do you get your inspiration for your music?

A) I get my inspiration from living life. As a musician, and as an artist, I think it’s important to get out and live as it inspires your art. I get inspiration from my travels whether it’s to Europe, Asia, or across Canada.

4) Tell us about your 26 date British Columbia school tour?

A) While I’ve talked about Netherlands being my second home, British Columbia has also been one. It’s been great performing across the province the last few years. I love the drives out there. There’s nothing like waking up and seeing mountains in the background. I’m more than half way through the tour and its been a blast so far. One of the things that sticks out is meeting some young rappers along the way. It’s always great hearing the next generation of MC’s.

5) Who are some of your musical influences? And If you could collaborate with anyone, who would it be?

A) I grew up listening to a lot of hip-hop from the 80’s and 90’s so I was influenced by artists like LL Cool J to Nas, even to people like Fresh Prince (Will Smith).

Nowadays, if I had the chance to collaborate with someone I’d have to say it would be Kanye. He hasn’t had the easiest path the last few years but I still think he’s one of the best in the game.

A) As for the rest of 2019, I’m excited to be on the road some more. I’ll be heading to the Netherlands and then France for a tour in May and June. In August, we will be running the fourth edition of our Northern Power Summit music conference, so we have a lot on the go. Then there’s a back to school tour planned for September. Busy times!

7) Is there anything else you would like to add?

A) I think we’ve got it all. Thank you and I encourage your audience to check me out online at @iamdogibson… Ahh yeah!