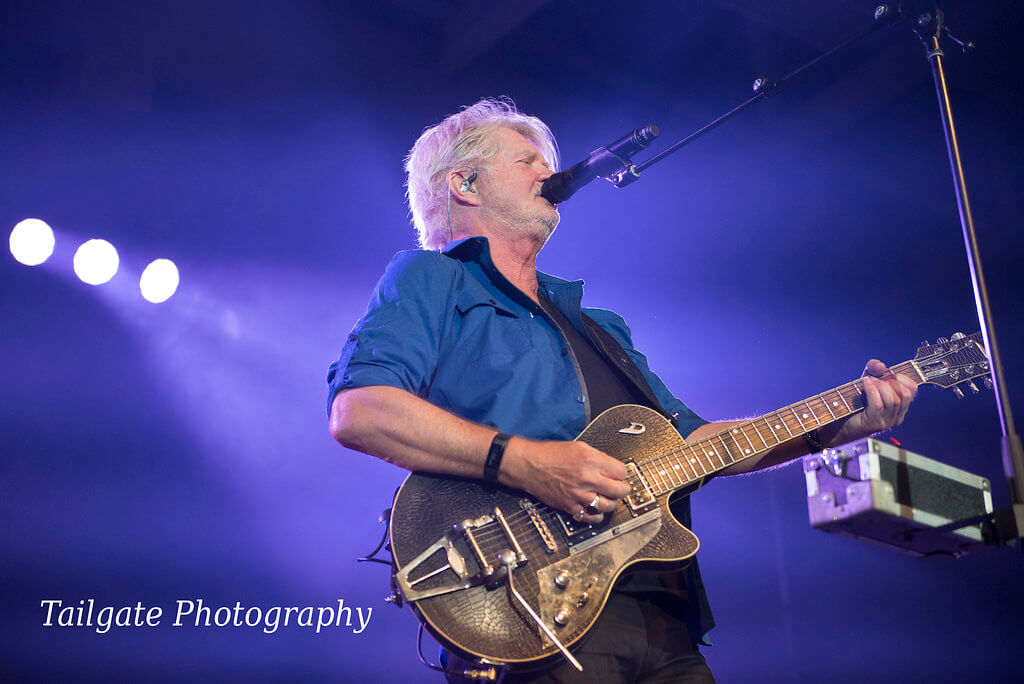 Last night Tom Cochrane put on one heck of a show. The Queen’s Place Emera Centre was jam packed with fans, they were cheering, dancing and having the time of their lives.

Local Artist Kevin Davison from Kentville, NS opened the night up for Tom. He got the crowd excited, singing along with him. He sang his very popular song “When those sirens are gone”, the crowd cheered and cheered when he finished. Kevin has such a powerful voice mixed with songs that have such great stories and meanings to them, he is an all around great artist. We look forward to seeing him in concert more in the future.

The crowd kept getting louder and louder as they anticipated Tom stepping on stage, when he walked up those steps the whole place belted out cheers. He got the crowd fired up with “Big Leagues”, before he started to sing Tom said some of the best hockey players in the world came from Nova Scotia.

He went on to tell us what he loved about Nova Scotia was there is a lot of strong women out here, and Canadian men love strong women. He sent out “Untouchable One” to all the ladies in the crowd.
He went on to sing a “campfire song”. He said summers are short and no one appreciates summers like Nova Scotians do, he sang “Good Times”.

His interaction with the audience got them all fired up for his performances, Tom and Red Rider put on one amazing show last night. Hats off to Queen’s Place Emera Centre for having it set up in a great way that allowed fans to get closer, there wasn’t a bad seat in the house.

As the show was winding down, he told the crowd to forget about security, get up here and dance. A huge bunch of fans took off to the front of the stage as Tom started to sing “Life is a Highway”. That performance was remarkable, it was the finale. The crowd yelled, clapped and cheered until they returned to sing two more songs.
Hats off to everyone involved in bringing Tom Cochrane and Red Rider to Liverpool, they put on a performance like no other, it was a great night.