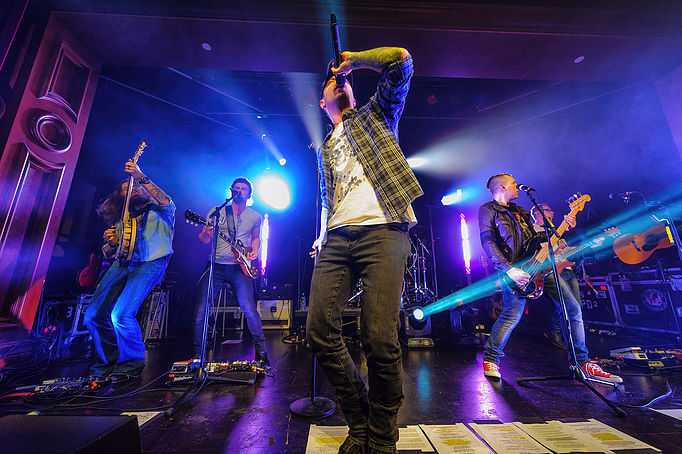 Dallas Smith performed at the Schooner Room in Halifax Casino earlier this year.  His show was simply amazing from start to finish.  If anyone can keep a room pumping it is Dallas Smith.  The Canadian award winning Country Artist topping the charts and its easy to see why.  From his days as lead singer with Default adds a rock sound to his style of country music.  I happened to be up front during this performance and was jammed against the barricades with fans singing along and screaming.  He stopped often to take selfies with fan cellphones. This was another show that I would see over and over.  High intensity show filled with many top charting hits.  I found myself at times forgetting to take photographs as I was busy singing along to his music. I hope to see him perform again at Cavendish Beach Music Festival 2015.