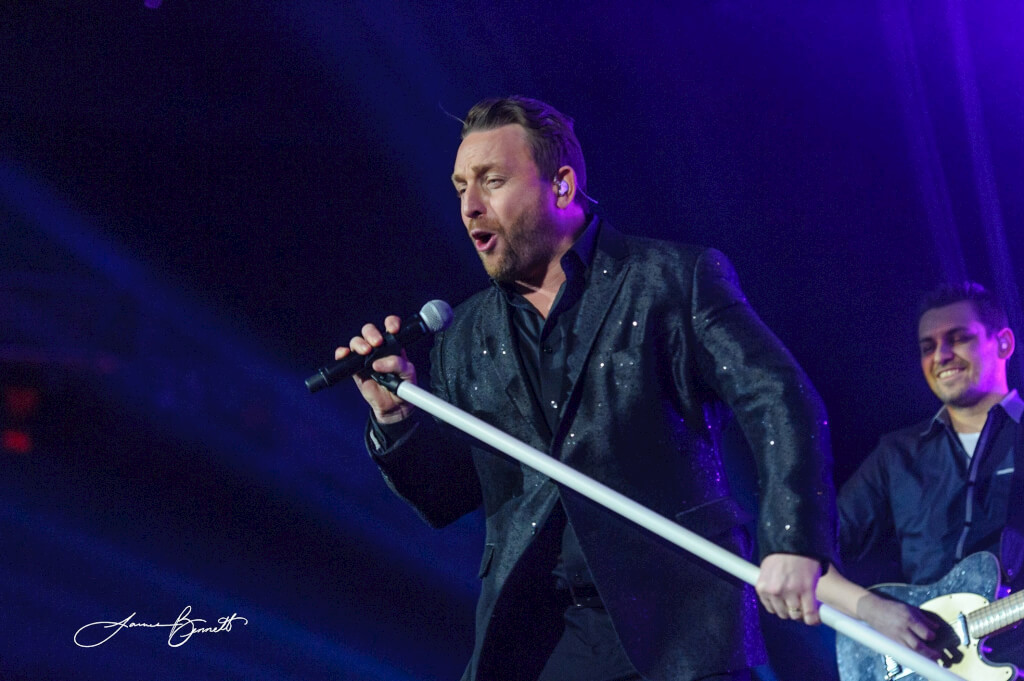 The hearts of everyone at the Scotiabank Centre Thursday evening were beating like a drum as Johnny Reid showed us what love is all about. From his personal stories, interaction with his fans to his fiery performances, it was one amazing night. This was my first time seeing him in concert and was blown away by his performance, the energy from the time he stepped on stage till the end, he didn’t miss a beat.

He touched the hearts of his fans in many ways during the evening. He donated $1.00 for every person in attendance to a local school music program, and had the children of a local school share the stage with him as they sang “Today I’m gonna try to change the world”.

During the evening, he had fans sing with him, he was signing autographs as he performed, he ran off into the crowd all the way to the upper bowl, shaking hands and dancing with his fans. Johnny has a unique voice that soothes the soul, a energy in his performance that keeps you on your feet and an interaction with his fans that shows you just how much he loves and appreciates them.

Johnny took a moment between songs to Thank his fans for supporting him and allowing him to live his dreams. He would always ask us to put our hard working hands together as he would introduce the members of his band and his guest performers.

Lastly, I have to touch on Johnny and Elage Diouf’s performance of “Just one Day”. To see two people with two completely different backgrounds come together and write such a heartfelt song leaves you with a renewed hope for the world.

Throughout his concert, Johnny shows you in many different ways, what love is all about.