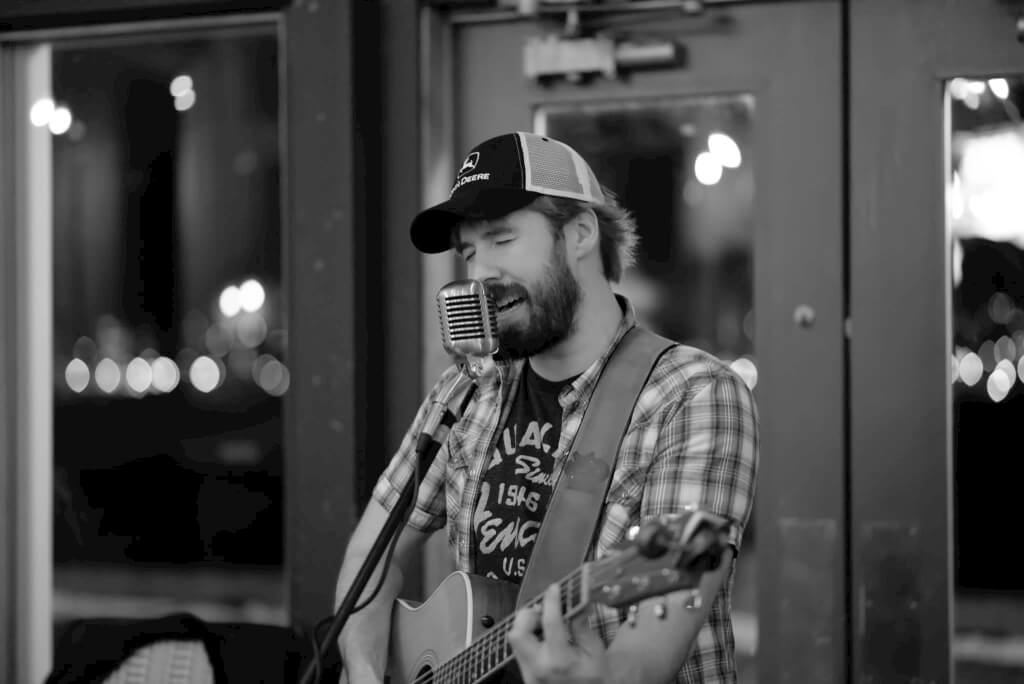 Is this your first time in Halifax?

The CCMA’S I was here for, that was the first time I was in Halifax. My mom is actually from PEI, I’ve been on the East Coast quite a few times but hadn’t been to Halifax before the CCMA’S but like I said, just fell in love with the city, I love it here and glad to be back!

What’s on your playlist? What do you like to listen to?

“I grew up listening to alot of classic rock. When I started playing and writing I got back into country, I love the 90’s country. Eric church I’m a big fan of. If you want to look at the most spins on my itunes, that’s probably the one. Kip Moore, Justin Moore, there’s alot of mix but mostly country and alittle classic rock in there too”.

This wouldn’t be a Canadian interview without a hockey question. Do you play? What NHL team do you root for?

Yeah I do, I love getting together with the boys once a week. I played hockey all growing up, didn’t take it much past grade 12 or anything. It’s always fun to get together, and I still love the game. Being from the south side of Calgary, I’m a Calgary Flames fan, always cheered for the hometown teams. Same as the stamperes for football. Always fun to watch them, the 2004 hipe solidified my fanship I guess, with that big run they had right to the cup.

Do you plan to attend the CCMA’S in London this year?

“Absolutely and man did I have fun in Halifax last year. It was just such a blast here, just great people. It was my favorite one so far but in saying that to be fair i think everyone has got better for me, I start to know more people and everything too. The town put on a great show and looking forward to London too.

2016 has been quite a year for you so far. With the birth of your son and the release of your EP. What other plans do you have for this year?

Summer is always so much busier for us playing, and everything I do in the music business making these cd’s and doing the whole business side of things, its all to be in front of the microphone on stage, that’s my favorite part of it. To be infront of a big crowd and the summer and of course in Alberta its so nice we only got 3 months but we just pack it with shows, festivials, rodeos and different things. I think just getting as far across Canada and all around Alberta and stuff that’s the big thing for us. Playing as much as we can now that we got a new CD out.

How did it feel to win ACMA Male artist of the year?

That was crazy. Quite a suprise, I’ll be honest with you. We were in the same catgory as Brett Kissel and some other great artists in that category and i think I guess I can only credit, I’m such a supporting of Alberta music and try to do my best to push everyone out there, we have some really great people out there and some really good friends of mine  and I think thats where it paid off, I guess because they gave me the vote for that, it was industry voted. It was still a suprise, so honored among those people.

You have a new EP out. What was the inspiration behind it?

The title of it is “I was there”, I did alot of looking back with this EP, when I was writing and looking for songs for it. Looking back, and i think you will find when you listen to it, it has alot of reminiscing songs kinda thinking about my younger years, that really shone through, thats why we picked that as the title track. Alot of good old memories and the song itself ” I was there”, kinda talks about how memories can be brought on so strong by  songs. I think thats a big thing for me, and why I love music so much, I love when a song can do that. Thats where the inspiration for this album came from.

What’s your favourite track from your new EP and why?

Probably “I was there” for that same reason, that was a song I didn’t write on. I was lucky enough to write half the songs on this album and the rest were pitched to us. That was a song right away I knew, the first 30 seconds, I knew I was going to love it. It talks about how this song just stops a guy in his tracks and makes him think about some good old small town memories. You have the small town side of things, which I’m from a small town so love that side of it. Just love the passion for music and how music hit this guy so strongly, that it brought back some great memories for him.

I said Eric Church before but I remember listening to his first album and just thinking to myself that if this guy can write songs that to me really seemed right from the heart, like they seemed like he was talking about alot of the things I’ve gone through and I thought if a guy can do that then maybe I can do it too and thats actually when I really started writing was right after I heard his first album. I always give him credit for being a big inspiration. Also alot of the classic rock and southern rock I love that stuff too, Steve Earle, Lynyrd Skynyrd, Marshall Tucker. I grew up listening to all that.

What’s the next stop on your tour?

We are doing alot of radio stuff on this tour, this is the only east coast show I got but we are going on to do a couple interviews in Halifax,  Fredricton, Moncton and getting around alittle here then I fly out of Fredricton to Ontario. We are playing a bunch in Ontario and doing some radio stuff out there too. Looking forward to that and I farm back home as well. I go home for May and get back in the field to do some farming.