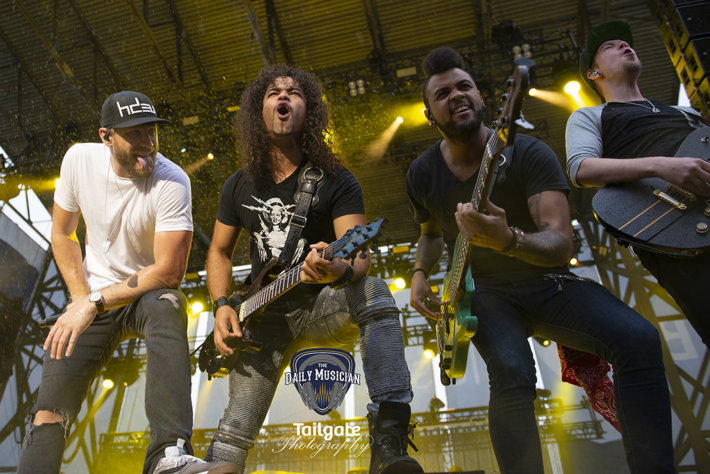 Chase Rice first time in the East Coast of Canada at Cavendish Beach Music Festival and we had a thunderstorm followed by a downpour throughout his set but he didn’t miss a beat.

This was my first time seeing Chase live, I listen to his music all the time I am a big fan and was blown away by his set. He is an incredible artist and performer. His band was amazing, they ignored the rain and put on one heck of a show!

The crowd was going wild the entire time, Chase noticed a young girl that had a sign that read “It’s my 18th Birthday, will you sing me a song”. He got security to bring her on stage, He said I’m not just going to sing it, I’m going to sing it to you, sat her on a chair and sang her the song of her choice.

Chase had his band perform “O’ Canada”, he recorded it as the whole entire crowd sang it. At the end of his performance, the sun came out, the rain stopped and a rainbow appeared. Everything about this was absolutely perfect, the performance, the energy and Chase.
The East Coast can’t wait to have him back again…. hopefully in the near future.